On the Q2 earnings call, Innovative Industrial Properties' management discussed how the pandemic is affecting the U.S. marijuana market.

Innovative Industrial Properties' (also known as IIP) continued robust financial performance in 2020 has helped propel its stock to return 70.9% this year through Aug. 28. For context, the S&P 500 has returned 10% over this period.

Earnings releases only tell part of the story, however. Management often shares valuable information on the analyst conference calls that follow a company's release of its financial results. Indeed, that was the case with IIP's second quarter earnings call. Here are three key things from that call that you should know: 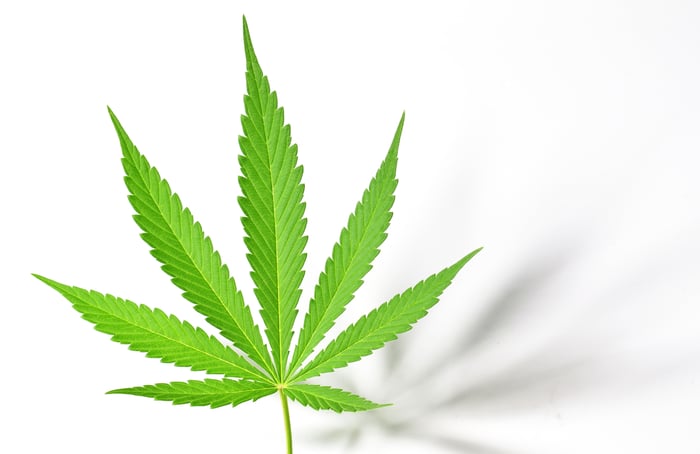 U.S. cannabis industry as a whole has held well during the pandemic

In the vast majority of states, medical-use and adult-use cannabis have been determined by applicable government authorities to be "essential businesses" that can continue to operate as an exception to general state and local shutdown orders. There have been certain exceptions, however, such as in Massachusetts, where the governor permitted medical-use cannabis businesses to continue to operate as essential, but shut down adult-use cannabis businesses as not essential for a period of time, allowing them to reopen in late May. [...]

And while there certainly have been significant disruptions on state and local levels, ... the industry as a whole has demonstrated tremendous resilience in the face of one of the greatest health and economic challenges our country has faced.

It really shouldn't come as much of a surprise that the cannabis industry, in general, has shown "tremendous resilience" in the face of the pandemic. Medical marijuana is a prescription drug, which patients aren't likely to stop using or cut back on unless absolutely necessary. And recreational marijuana is probably near the bottom of most users' list of things to scale back on during challenging macroeconomic times. And, actually, a case could be made that some users increase their consumption during such times in an attempt to cope with anxiety. Indeed, some sources support this theory.

In addition, many industry watchers believe that the pandemic is driving some recreational users away from the black market and into legal markets. The reasoning is that some of these consumers probably don't want their dealers in their houses and don't want to go to their dealers' houses during this time of social distancing.

The pandemic has caused some marijuana legalization initiatives to be postponed

[P]re-pandemic, 2020 was shaping up to be another watershed year on the state legalization front with as many as 11 states' residents expected to vote on medical- or adult-use cannabis legalization. However, shelter-in-place orders greatly impacted the ability of organizers to gather sufficient signatures in person. And as a result, a number of the initiatives have been postponed.

These postponements are simply short- or intermediate-term setbacks. There's a strong case to be made that the pandemic will ultimately prove to be a long-term positive for the U.S. cannabis industry. This case can be summed up in four words: States need tax dollars, as we'll discuss below.

Example of the pandemic's potential positive long-term effect on the U.S. cannabis industry

From the remarks of Ben Regan, V.P. of Investments:

With a large majority of Pennsylvanians polling in support of legalization of adult-use [marijuana], last month ... Pennsylvania State Democrats sent a letter to the Governor and legislative leaders to pursue adult-use legalization, in part to generate much-needed tax revenue to help offset losses stemming from the current pandemic. Multiple bills legalizing adult-use are pending in Pennsylvania's legislation. [Emphasis mine.]

The crisis has financially battered most states. Not only have they incurred huge expenses in trying to stem the spread of COVID-19, but many of them have fewer tax dollars flowing in due to temporary business shutdowns and increased unemployment. This fact should make legalizing marijuana (medical and/or recreational) more appealing to legislators and others who have been on the fence about legalization.

Indeed, Regan's remark provides strong support for this thesis. I suspect we'll be seeing more examples like Pennsylvania in the coming months and year.