With fall around the corner, Central Florida's theme parks are going in different directions ahead of the seasonal slowdown.

The summer travel season as we know it is coming to an end, but that also means new challenges for Central Florida's theme park operators. Walt Disney (DIS -0.11%), Universal Orlando parent Comcast (CMCSA -1.66%), and SeaWorld Entertainment (SEAS 1.62%) have done a commendable job of reopening their gated attractions safely and productively in the middle of a brutal pandemic. Now it's time for the next big test.

The next few months won't be easy. Schools are back in session across the state, and that means a dearth of weekday local visitors. Disney isn't exactly a hotbed for out-of-state visitors, but the seasonal slowdown will also weigh into tourists that stay on-site, spend more money, and often come for at least a week or more. The next test may make this summer's reopening process seem like a cakewalk. 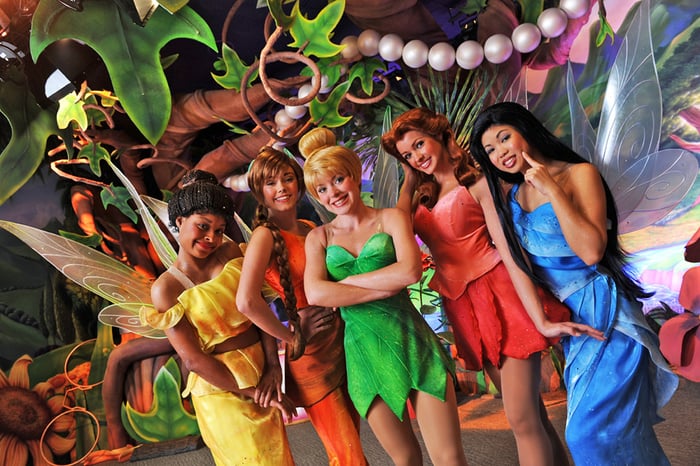 See you next fall

Disney, Universal, and SeaWorld opened their parks with state-dictated caps on the number of visitors that they allow each day. It's not enough to turn a profit, and for now it's worse than the alternative. Disney and Comcast revealed in their recent quarterly calls that their Florida parks are in the red, but not losing as much money as they were when they were closed.

The state's three leading operators are putting out different signals. SeaWorld Orlando made an interesting move last week, shifting to opening seven days a week. It had originally opened its most popular marine life park just five and then six days a week. SeaWorld Orlando even extended its weekend hours. Disney is shortening its operating hours starting Sept. 8, just after the Labor Day holiday weekend.

Universal Orlando is offering an aggressive promotion to drum up more local visitors, but that's not filling up hotel rooms. An Orlando Sentinel report recently unearthed details about 839 employees being furloughed -- if not outright terminated -- at three of the hotels that it has kept open. Disney and Universal haven't opened all of their available hotels yet, and that's not going to change as we head into the slow autumn season.

Halloween used to come to the rescue this time of year, but that's not going to save the day this time. Halloween Horror Nights and Mickey's Not-So-Scary Halloween Party -- lucrative hard-ticket events that start as early as mid-August in Disney's case and September for Universal -- have been canceled to comply with social distancing norms. Disney isn't afraid of trying something new to help offset the sting. It will allow adults to wear Halloween costumes during the day from mid-September through the end of October, but it obviously won't be enough.

Florida's governor has hinted at raising the daily park capacities, but it doesn't seem as if it will make much of a difference. SeaWorld Orlando, Comcast's Universal Orlando, and Legoland Florida have never hit the initial cap outside of their smaller water parks. Disney World is the only one that has had to turn interested guests away, and now the move to shorter hours suggests that business isn't picking up.

Between stubborn travel restrictions and the widening recession, the industry is marching into a the challenging part of the operating calendar. Expectations are low, but the stakes are high.