Please ensure Javascript is enabled for purposes of website accessibility
Log In Help Join The Motley Fool
Free Article Join Over 1 Million Premium Members And Get More In-Depth Stock Guidance and Research
By Brent Nyitray, CFA - Aug 30, 2020 at 8:15AM

The luxury homebuilder is benefiting from a surprising real estate boom during a coronavirus-sparked recession.

Homebuilders across the U.S. were poised to have a great year before the COVID-19 crisis hit. During the height of the shutdown, the pandemic caused many builders to put projects on hold and to wait and see how the economy would respond.

But instead of curbing demand for housing, COVID-19 appears to have had the opposite effect: It served as an impetus for people to leave cramped and crowded apartment complexes in big cities and move to the suburbs where there is more space and it's easier to social distance.

One of the biggest beneficiaries of this real estate trend should be Toll Brothers (TOL -2.82%), which just reported earnings on Wednesday. How did the luxury homebuilder fare in its fiscal 2020 third quarter and how might it take advantage of the current housing situation? 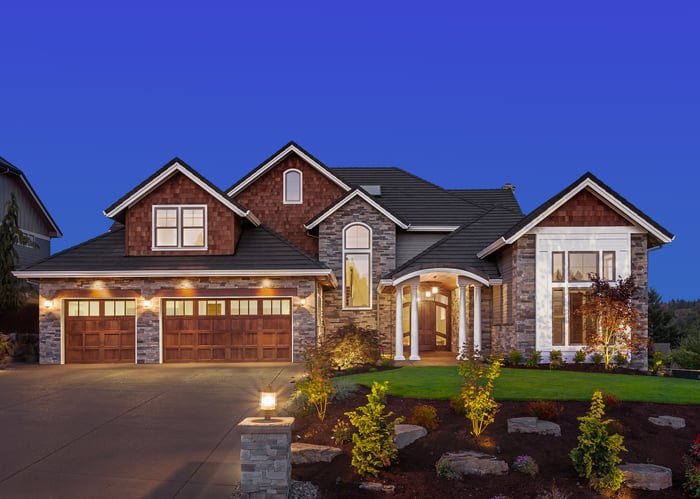 While most homebuilders have been reporting strong demand for housing this spring and summer, it is surprising to think that they would be reporting record gains. Yet Toll Brothers said that the quarter ending July 30 was a record quarter for signed contracts. On the earnings conference call, CEO Douglas Yearley explained:

During the conference call, it was also noted that the age-targeted and above-55 segments, reported together, were unsurprisingly slower simply because those customers are the demographic most exposed to COVID-19, and therefore least likely to break social distancing guidelines. That said, the COVID-19 crisis has made the Reno, Nevada, age-targeted markets extremely hot, especially to San Francisco Bay Area residents, management explained.

Toll Brothers has several tailwinds helping to boost orders. The COVID-19 crisis has made fundamental adjustments to what people consider when evaluating a home purchase. The prospects of working from home and social distancing are encouraging people to leave urban apartments and move to the suburbs. Toll Brothers' homes tend to be positioned in attractive suburbs of major coastal cities. The homes it produces are largely built-to-order and the company saw a record number of customers asking for upgrades.

Moreover, the dramatic decrease in interest rates has improved affordability. Mortgage rates have dropped over 1% so far this year. The monthly payment for an $800,000 mortgage at 4% and a $900,000 mortgage at 3% are roughly the same. Finally, Toll Brothers' primary demographic is college-educated professionals, who have largely weathered the coronavirus crisis better than the population as a whole.

Toll Brothers took steps to preserve liquidity during the quarter, pausing land spend and investments in the urban apartment sector. In fact, the company's inventory in New York urban apartments is at a 10-year low. As of now, the company has no plans to invest further there. Toll repaid its borrowings on its revolving line of credit and ended the quarter with $2.34 billion of liquidity between its $559 million in cash and $1.78 billion in availability from those credit lines. Toll has no significant debt maturities until 2022.

When asked about buybacks (which the company suspended) Toll was non-committal, although it said the board and management are always considering the idea. Finally, Toll projected it would end the fiscal year with 320 communities, and it anticipates 10% growth in community count for 2021.

The takeaway on Toll Brothers

The U.S. Census Bureau reported that new home sales rose 36% year over year to a seasonally adjusted annual rate of 900,000. This is the highest annual rate since December 2006.

The tailwinds for Toll Brothers also extend to the entire home building and construction sector. Toll Brothers trades at 14.7 times expected 2020 earnings per share, a discount to luxury builder NVR, which trades at 19.4 times. The more diversified builders like D.R. Horton and PulteGroup trade with P/E ratios in the lower double digits.

Toll Brothers' homes may be a touch on the expensive side, but it has a different customer base and it is possible that established college graduates may do better economically than the typical first-time homebuyer for a while. That bodes well for the stock of this luxury home builder.