Zoom didn't just beat analyst estimates -- it stomped them into the ground.

Zoom Video Communications (ZM 2.65%), which unveiled its Q2 of fiscal 2021 results after market hours on Monday, really had a day to remember.

During the trading day, investors bid the stock up by almost 9% in anticipation of the company beating analyst estimates. When published, the results were much higher than those prognosticators anticipated, so Zoom zoomed higher again in after-hours action -- as of this writing, it has added another 16.5%. 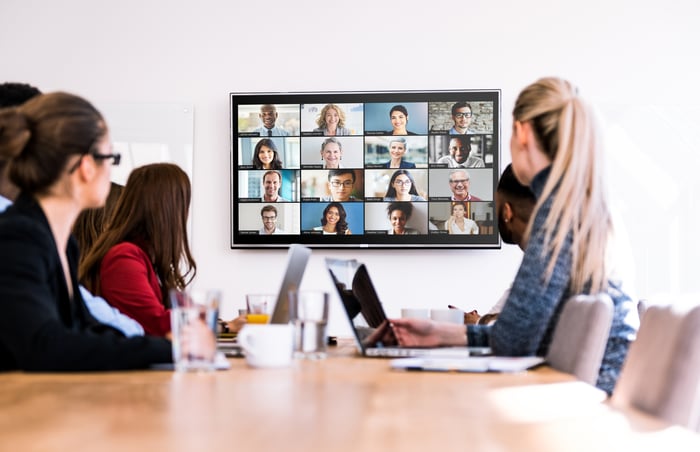 In these days of the coronavirus pandemic and online learning/interviewing/reuniting/etc., Zoom has become almost a byword for "remote video conferencing."

This is having a powerful effect on the tech company. For Q2, its total revenue rose a mighty 355% on a year-over-year basis to hit $663.5 million. Non-GAAP (adjusted) net income rose more than elevenfold to just under $275 million ($0.92 per share).

Those figures were so far above analyst projections that they're hardly in the same galaxy. Analysts were anticipating just over $500 million on the top line and adjusted per-share net profit of $0.45.

Zoom also proffered encouraging guidance for the current quarter and fiscal year. Regarding the latter, it expects total revenue of $2.37 billion to $2.39 billion -- a huge lift from $1.8 billion, which is both its former forecast and, roughly, the average analyst estimate. Per-share adjusted net income should be $2.40 to $2.47; again, well above the collective analyst projection ($1.25).