Shares of Appian (NASDAQ:APPN) rose 20.4% in August, according to data from S&P Global Market Intelligence. The low-code software stock actually lost some ground after the company posted second-quarter results early in the month, but it climbed in conjunction with momentum for the broader market and a late-month rally for the tech sector. 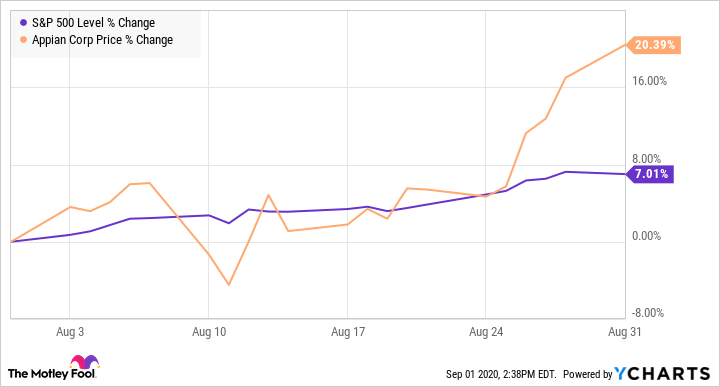 Appian published second-quarter results on Aug. 6, delivering sales and earnings results that came in ahead of the market's expectations. The company posted an adjusted loss of $0.12 per share on revenue of $66.78 million, while the average analyst estimate had called for a per-share loss of $0.25 on sales of $61.25 million. The beats weren't enough to lift the stock immediately after the earnings release, but shares benefited as the tech sector rallied later in the month. 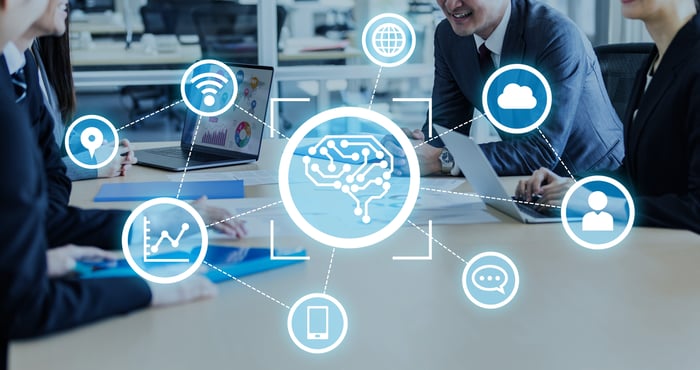 Appian's revenue inched up 2% year over year in the second quarter, while the business's adjusted net loss expanded to $8.2 million from $7.2 million in Q2 2019. Cloud subscription revenue rose 30% year over year in Q2 to reach $29.6 million, and the software company posted a revenue retention rate of 113% in the quarter as customers increased spending. Total subscription revenue (which also includes on-premise licenses) was up 12% to reach $41.4 million.

Appian stock has continued to gain ground early in September. The company's share price rose roughly 2.7% in the month's first day of trading. 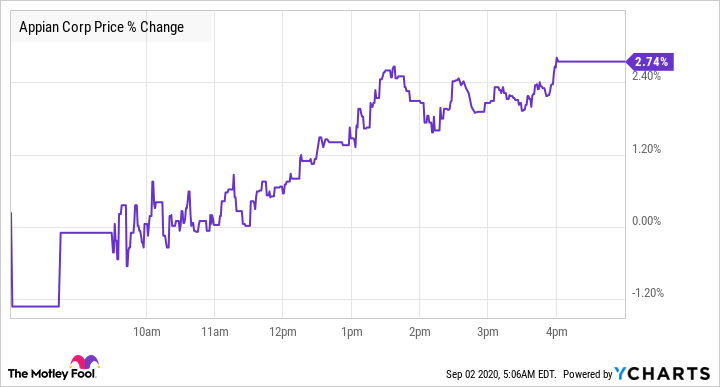 Appian is valued at roughly $4.4 billion and trades at approximately 15 times this year's expected sales. That multiple might look pretty lofty in the context of the company's relatively small revenue growth, but sales should accelerate as the transition to the cloud-subscription model moves forward. With more businesses requiring software solutions that can be quickly developed and deployed, Appian's app-development platform could enjoy surging demand, and the stock deserves consideration from growth-focused investors willing to embrace the potential for near-term volatility.