Please ensure Javascript is enabled for purposes of website accessibility
Log In Help Join The Motley Fool
Free Article Join Over 1 Million Premium Members And Get More In-Depth Stock Guidance and Research
By Howard Smith – Sep 2, 2020 at 11:53AM

Flying Eagle Acquisition (FEAC) is up 20% as of 11:20 a.m. EDT, after announcing it will merge with mobile gaming platform Skillz, allowing it to become publicly traded.

Flying Eagle is a special purpose acquisition company, or SPAC. The team behind Flying Eagle has some experience in this area. Founding investor Jeff Sagansky and chairman and CEO Harry Sloan were also the founder and initial shareholder, respectively, of Diamond Eagle Acquisition, which took DraftKings (DKNG 9.42%) public through a merger earlier this year. 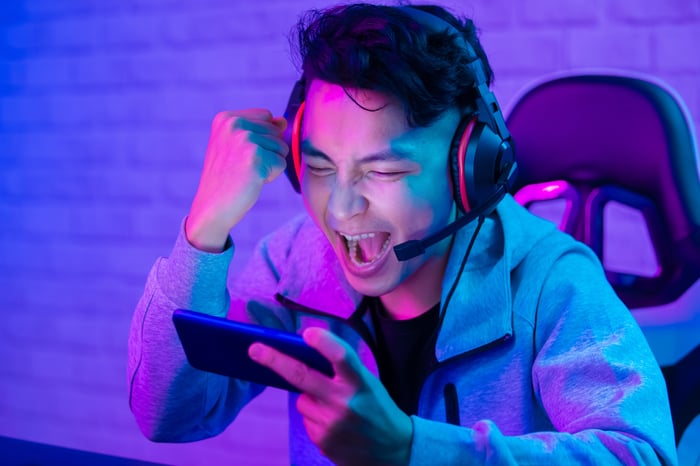 Skillz is a mobile gaming platform focused on "connecting players in fair, fun, and meaningful competition." The company says it anticipates 2022 revenue of $555 million, representing a compound annual growth rate (CAGR) of 57% from 2020.

According to the company, investors including Fidelity Management, Neuberger Berman, Wellington Management, and others have committed over $250 million. The transaction for its public listing implies a valuation for Skillz of $3.5 billion, or 6.3 times projected 2020 revenue.

Skillz uses its gaming platform to power tournaments for game developers around the world. "Today we're a leader in casual esports and are well positioned to capture the global esports opportunity which will increasingly define the gaming market," founder and CEO Andrew Paradise said in a company statement.

Flying Eagle's Harry Sloan noted that he has been in the gaming industry for 20 years, including his work with DraftKings. "I believe Skillz has positioned itself as the platform for the future of gaming, where entertainment, gaming, and enablement converge," he said in a statement.