Facebook (META 0.96%) announced today that Watch -- its video-streaming platform -- has attracted a host of new viewers, with 1.25 billion users watching content on it each month. To give that number context, it's about 46% of the 2.7 billion users that log into Facebook each month.

The platform, which offers a mixture of sports, live content, cooking shows, children's programming, and user-generated videos, has been working to build an audience on par with that of Alphabet's (GOOGL -0.24%) (GOOG -0.15%) YouTube. The video-streaming veteran reportedly draws more than 2 billion logged-in visitors each month. 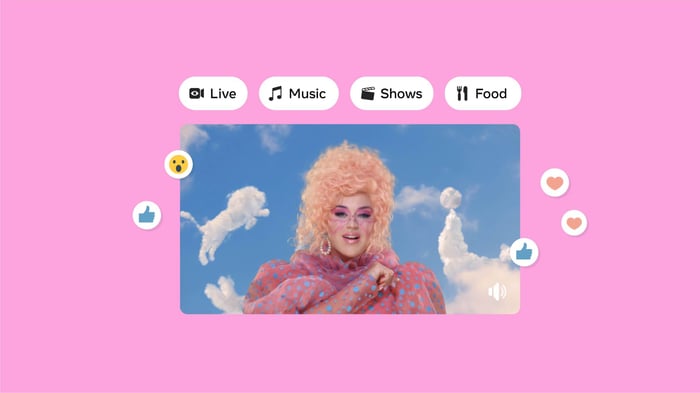 Facebook is keeping some of the other key metrics closer to the vest, refusing to divulge how much time each viewer spends on the platform. When the company last provided a performance update on the service in June 2019, it said there were 720 million people visiting Watch each month, with 140 million people stopping by each day and spending at least one minute on the platform. At the time, Facebook said that daily visitors were watching, on average, more than 26 minutes of content.

"You don't reach a billion of anything without focus and providing something of value," said Matthew Henick, Facebook's vice president of content strategy and planning. "There's no denying a platform of our size can steer people anywhere temporarily -- but what we're seeing is consistent audience coming to Facebook Watch." Henick went even further, saying, "Eventually, we'll get to everyone with a mobile phone."