McDonald's (MCD -1.23%) and Coca-Cola (KO 0.37%) are two of the most successful companies in the world. They have become global powerhouses, with McDonald's nearly 39,000 restaurants serving customers in 119 countries, which produces annual sales of $21 billion. Coca-Cola stakes its claim as the world's largest nonalcoholic beverage company, generating $37 billion of annual sales.

However, while both deserve kudos for their past success, it is important to look toward the future to determine the better investment. In a face-to-face matchup, one comes out as the winner. 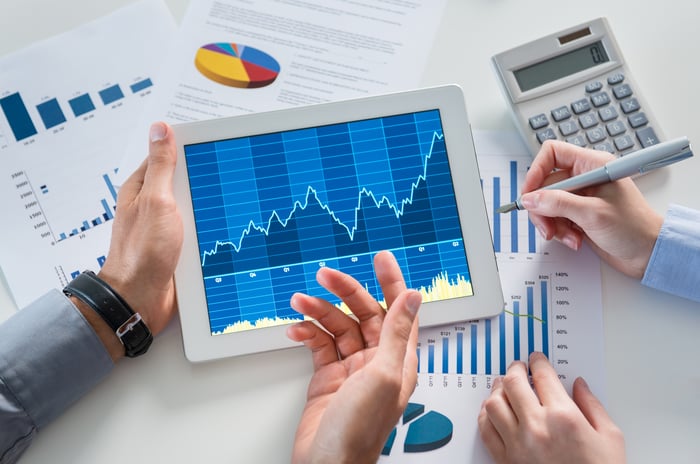 McDonald's now has 93% of its restaurants franchised. Under this arrangement, the company derives its revenue based on a percentage of the franchisee's sales. Since it also owns the real estate in many instances, it also receives rent.

The good news is that the company's same-store sales (comps) were positive before COVID-19 struck, increasing 5.9% last year.

This year has been a different story. Governmental rules forced many McDonald's restaurants to close their doors to the public, or perhaps rely only on drive-thru, and second-quarter comps fell by nearly 24%. However, as governments lifted restrictions on people staying at home and eating in restaurants, comps improved each month, from down 39% in April to negative 12.3% in June.

With nearly all of its restaurants now operating in some capacity, comps should continue improving.

Longer term, McDonald's may turn off diners due to people's desire for healthier food. In April, the company slimmed down its menu, including removing salads, to cut costs and serve customers quickly in the wake of the pandemic. On the company's second-quarter earnings call, CEO Chris Kempczinski stated that: "As we come out of it, as I've said in prior times, I think, it is a safe bet that you are going to see us add items back to the menu. I think, it's also equally a safe bet that we're not going to go all the way back to where we were."

Management went on to say that items would have to "earn" their place back. This could present an obstacle for McDonald's -- which is known for its low prices, convenience, and quick service, but not healthier options -- as people trend toward natural, organic, and other foods that are better for you.

With about 50% of Coca-Cola's revenue coming from sales for home consumption, results are not immune to the whims of the economic cycle. However, the company was doing just fine before the pandemic and the resulting recession struck. Last year, revenue rose by 6% after removing the effects of foreign exchange translations and acquisitions.

Obviously, it wasn't so fortunate this year, with COVID-19 taking a toll on consumption at places like bars, restaurants, and entertainment events. Coca-Cola's second-quarter adjusted sales dropped by 26%.

With places reopening and the company employing technology like contactless pouring, its sales will rebound. Coca-Cola has strongly bounced back after past downturns, and this should prove no different. In 2009, its revenue dipped about 3% to $31 billion, before resuming its ascent.

Better still, the company is adapting to changing consumer preferences, which will help its products stay relevant. When many people think about Coca-Cola, soda is the first thing that comes to mind. Indeed, it sells four out of the five best-selling soft drink brands in the world. These are the ever-popular Coca-Cola, Diet Coke, Fanta, and Sprite. However, its offerings include other products such as water, juice, and plant-based beverages that broaden its appeal.

For dividend investors, both companies have a strong commitment. McDonald's has raised its payout annually since initiating a dividend in 1976, making it a Dividend Aristocrat. Coca-Cola's streak is even longer -- 58 years, which puts it in the Dividend King category.

Choosing between two iconic companies was a tough call. But, with Coca-Cola's expanded product offerings and track record, I give it the nudge.