Please ensure Javascript is enabled for purposes of website accessibility
Log In Help Join The Motley Fool
Free Article Join Over 1 Million Premium Members And Get More In-Depth Stock Guidance and Research
By Royston Yang - Sep 3, 2020 at 10:08AM

The financial services giant continues to forge partnerships to grow its business.

Shares of Mastercard (MA 0.40%) gained 16.1% in August, according to data provided by S&P Global Market Intelligence. The stock has rebounded more than 50% from the low of $237 reached in March and is now hitting new all-time highs. 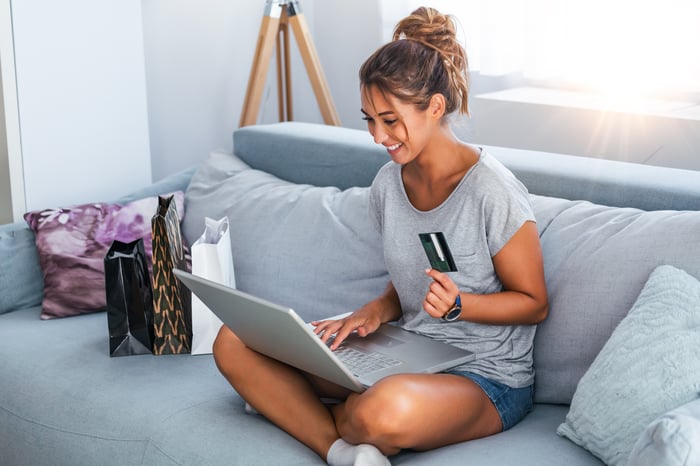 Mastercard reported a weaker set of earnings in July as a result of a decline in spending across many countries due to pandemic-induced border closures and lockdowns. Revenue declined by 19% year over year while net income weakened by 31% year over year. CEO Ajay Banga has discussed how the company is monitoring spending levels within the framework of four phases: containment, stabilization, normalization, and growth.

The company witnessed a progressive improvement in volume that was driven by the opening up of domestic economies. This has allowed Mastercard to classify most markets as entering the normalization phase, with the growth phase beckoning depending on how swiftly the pandemic is brought under control.

Mastercard has not been sitting still, though. The company has announced a series of collaborations to position itself for the eventual recovery. An expanded partnership with TransferWise means that cards can be issued in any market around the world where Mastercard is accepted and TransferWise is licensed.

And just this week, a new partnership with TSYS, a global payments company, was announced that will allow Mastercard to offer enhanced consumer payment flexibility. These tie-ups will no doubt require time to gain traction and generate a meaningful contribution for the company, but it's clear that Mastercard is on the right path to diversify its offerings to grab a larger base of customers.