Shares of Fiverr (NYSE:FVRR) were climbing again last month after the online marketplace for freelancers posted an impressive second-quarter earnings report. According to data from S&P Global Market Intelligence, the news helped pace the stock to a 29% gain in August.

As you can see from the chart below, the stock popped at the beginning of the month on the earnings report and sustained those gains in back-and-forth trading over the rest of August. 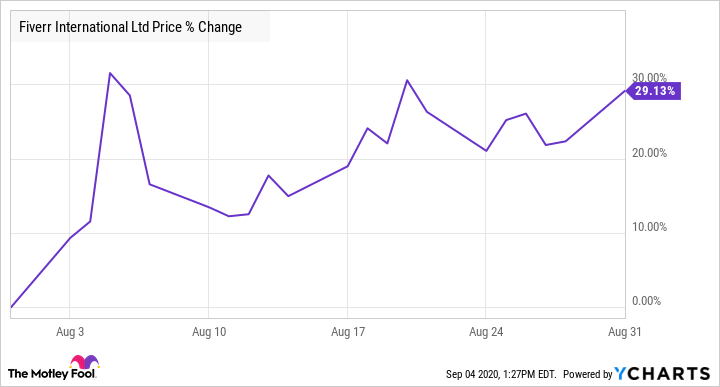 In a labor market that's been turned upside by the coronavirus pandemic, Fiverr has been a big winner, and the second-quarter results, which drove the stock up 18% on August 5, show why. 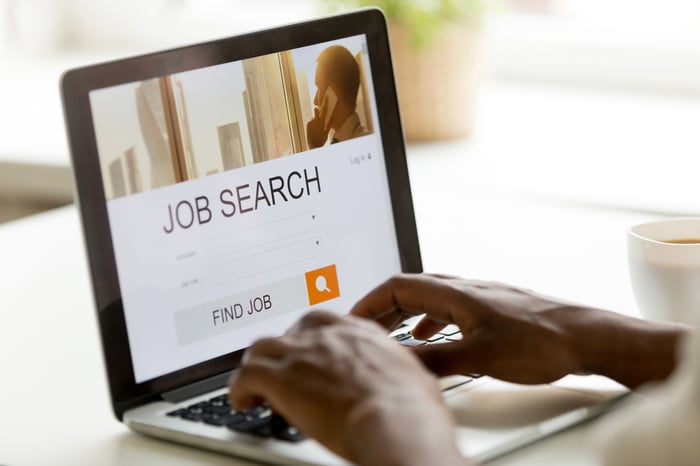 Fiverr also posted a positive adjusted earnings before interest, taxes, depreciation, and amortization (EBITDA) profit for the first time, at $3.1 million compared to a loss of $4.9 million in the quarter a year ago. On the bottom line, the company finished the quarter with a profit of $0.10 per share, compared to a per-share loss of $0.19 in the year-ago quarter and analyst expectations of a loss of $0.06.

According to CFO Ofer Katz,

Fiverr has reached an inflection point in Q2, having achieved Adjusted EBITDA profitability and brought our topline scale to the next level. While the global macroeconomic conditions remain highly uncertain, we are confident that our business model, strong execution ability and financial discipline will continue to drive our growth forward.

Investors were also impressed with the company's guidance, which called for full-year revenue growth of 66% to 68% and top-line growth in the current quarter of 72% to 76%.

Fiverr gave some of those gains back in the subsequent sessions as the stock remained volatile, and analysts weighed in on the report with mostly bullish comments.

Fiverr has gotten off to an inauspicious start in September, down 9% through Friday afternoon, even though there's been no news out on the stock. Instead, the pullback has come amid a broader sell-off in tech stocks, as investors are questioning the valuations of some stocks that have run up in the crisis.

Year to date, Fiverr shares are up nearly 400%, meaning a correction in the stock isn't unreasonable after such a huge gain. The company is clearly getting a tailwind from the pandemic as it's forced employers and job seekers to find new solutions, and growth is likely to slow as the economy normalizes. Still, it's hard to ignore its disruptive potential in the job market.