Invest in what you know; find the right people; and be ready to put in the work.

If you've ever watched the hit television series That '70s Show, then you know Michael Kelso as the goofy, handsome, and at times brainless high schooler who always seems to have a swarm of girls around him. As for the actor that plays him, there is much more than meets the eye. Aside from becoming one of the most successful actors on TV, Ashton Kutcher has also worked as a producer, started an international human rights organization, and even coached high school football for a time in Los Angeles.

What many people don't know about Kutcher is his success as a tech investor. According to Crunchbase, Kutcher has invested in 44 portfolio companies, mostly start-ups. Ten of those have exited, meaning they were acquired or conducted an initial public offering, which typically results in a nice return for investors. Business Insider reports that Kutcher has invested more than $3 billion in start-ups over the last 10 years. Kutcher also co-founded two venture capital funds, A-Grade Investments and Sound Ventures.

Even though his tech investing is done in the private markets, there is a lot we can learn from Kutcher's investing prowess and apply to investing in the stock market. 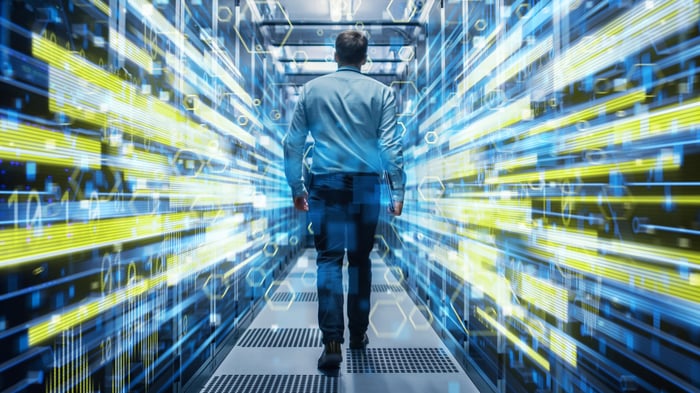 1. Invest in what you know and what you're passionate about

When asked for investing advice, Kutcher told Chelsea Handler on her Netflix show: "Invest in the things that you know. If you drink beer all the time — if you go to microbreweries and you try all kinds of them — you probably know which ones are the best, and my advice is always to invest in what you know."

This has been one of Kutcher's core investment philosophies since the beginning. He told The Telegraph that he always liked consumer-focused tech start-ups because they "chase happiness." As a result, Kutcher was an early investor in companies like Uber (UBER 1.45%), Airbnb, and Spotify (SPOT 1.08%). Those may sound obvious now, but remember that when he invested in these companies, they were completely new and disruptive ideas. But because he liked the idea of trying to make consumers happy, these companies made sense to him.

The same idea can carry over to stocks. You may hear people shouting that you'll get rich if you invest in a natural gas company, or more recently, touting various special purpose acquisition vehicles (SPACs). But if you don't understand what these companies do at their very core, and don't understand their fundamental business models, then you won't have any real insight as to whether they could be successful long-term.

A simpler way to find companies to invest in would be to look at products or services that you use frequently in your daily life, and that are helpful to you. If some company is making your life easier on a daily basis, there's a good chance it's doing the same for others, and could have serious potential as a stock. You'll have more research to do, but finding personal value in a company you know is a good place to start.

If you don't know anything right now about an industry or a company, that doesn't mean you can't invest in it. Just learn before you invest. Do online research, read books, take an online course, and talk to people who work in those industries or are experts.

According to Forbes, when Kutcher was first getting into technology, one of his colleagues introduced him to elite venture capitalists Ron Conway, who made early investments in PayPal and Google (now part of Alphabet), and Michael Arrington, co-founder of the website TechCrunch. "I spent 90% of my time just listening," said Kutcher.

Now, average investors may not have the same access as Kutcher. Still, that doesn't mean you can't find expert opinions and research. If you are looking at a company, reach out to its investor relations team to see if they will answer your questions about the company's business model. Find research notes on the company online; talk to customers who pay for services or products at that company; read online reviews; and find out if any of your friends work in the industry you are looking at. The reason many analysts are so knowledgeable about their coverage areas is because they are doing all of these things.

3. Be ready to put in the work

Kutcher obviously has a nice brand to work with, given how famous he is. But he's arguably one of the most successful celebrity tech investors, and he didn't get there without putting in the work. Not only did he talk to people who could teach him and learn about how to value tech companies, but he actually put in the time. He didn't just put his name on an investor list and go back to his life -- he learned how the tech investing world worked and actually threw himself and his time into it. He is said to have taken part in 177 funding rounds. He actually worked in roles at some tech companies, and co-founded two venture capital funds. And according to Business Insider, he's seen several of his investments fail.

These same lessons should be applied even when investing in the public markets. You need to spend a lot of time researching, talking to experts, and trying products and services yourself before making an investment. Learn about the finance world, so you can understand what metrics and ratios are important to the businesses and industries in which you invest. Lastly, you've got to be prepared to fail -- because only practice makes perfect.

On Social Security and Going Back to Work? Prepare for This Unwanted Surprise
376%