The software company has rebounded from March's crash and is now up 38% this year.

Shares of AppFolio (APPF -2.83%) climbed 20.7% in August, according to data from S&P Global Market Intelligence. The stock got a post-earnings boost early in the month and also benefited from momentum for the broader market. 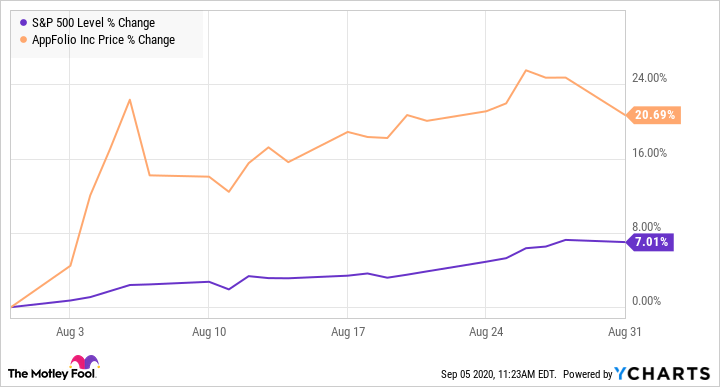 AppFolio published its second quarter results on Aug. 3, delivering sales and earnings that topped the market's targets. The company posted earnings per share of $0.54 on revenue of $81.04 million, while the average analyst estimate had called for per-share earnings of $0.12 on revenue of $77.8 million. 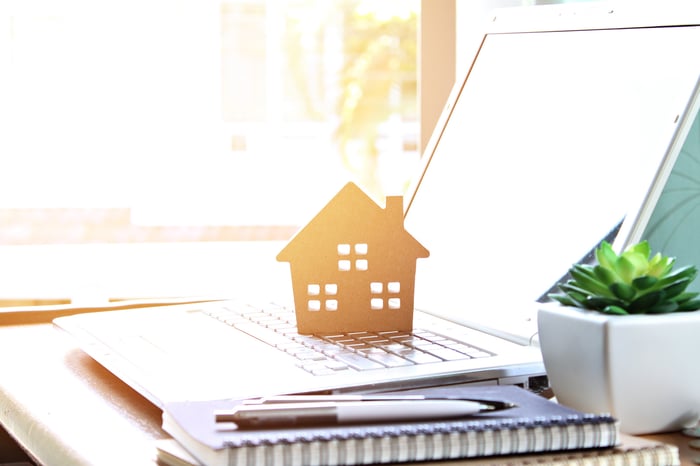 Despite headwinds, the company still managed to post substantial growth last quarter. Sales climbed roughly 27% year over year to reach $81.04 million, with momentum being driven by continued growth for the company's customer count. AppFolio increased its real estate property manager customer base by 9.2% year over year to reach 15,011 at the end of the quarter, and total property units under its management rose roughly 15.8% to reach 4.9 million. The customer count for the company's legal segment reached 11,305 in the quarter, up from 10,631 in the prior-year period.

AppFolio stock has lost ground in September's trading amid a sell-off for the broader market. The company's share price has dipped roughly 11% in the month so far. 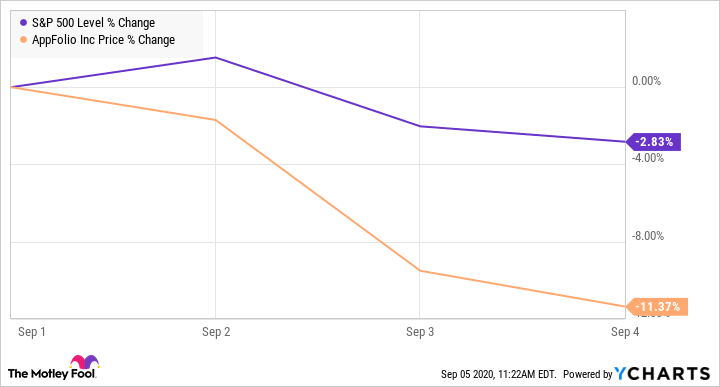 Economic conditions created by the coronavirus pandemic mean that AppFolio's near-term performance could be spotty, and management opted not to provide updated full-year performance targets when it reported earnings last month. Demand for the company's property management and legal software platforms has held up pretty well so far, but an uncertain outlook combined with a growth-dependent valuation suggest that the stock could be primed for volatile trading.

AppFolio has a market capitalization of roughly $5.2 billion and is valued at 16.2 times this year's expected sales.

Why AppFolio Stock Popped on Friday