Please ensure Javascript is enabled for purposes of website accessibility
Log In Help Join The Motley Fool
Free Article Join Over 1 Million Premium Members And Get More In-Depth Stock Guidance and Research
By Zhiyuan Sun - Sep 7, 2020 at 7:00AM

Some hefty allegations have caused this cannabis company's stock to take a dive.

Marijuana sales in the U.S. have been booming in 2020. Thirty-three states and the District of Columbia have legalized medical marijuana and a flood of consumers have consistently bought cannabis products in the midst of lockdowns and quarantine measures. States including Colorado and California saw record cannabis sales in June and July, and expect revenues to continue growing. Amid the excitement, pot growers and distributors have received most industry and investor attention, while companies in the ancillary component of the marijuana ecosystem seldom hit the news -- until now.

GrowGeneration (GRWG 5.69%) plays a vital role in supporting the cannabis industry but does not actually develop the plants from which products are derived. The company instead provides LED lights, nutrients, additives, soils, and other products that assist with plant growth. The business seems set up to succeed in a U.S. cannabis market with a compound annual growth rate (CAGR) of 14% that is expected to be worth $30 billion by 2025, according to a report from New Frontier Data. But GrowGeneration's superb financial results have recently come under attack from a short-seller, sending its stock into a dive. Is the company a good pick for investors? 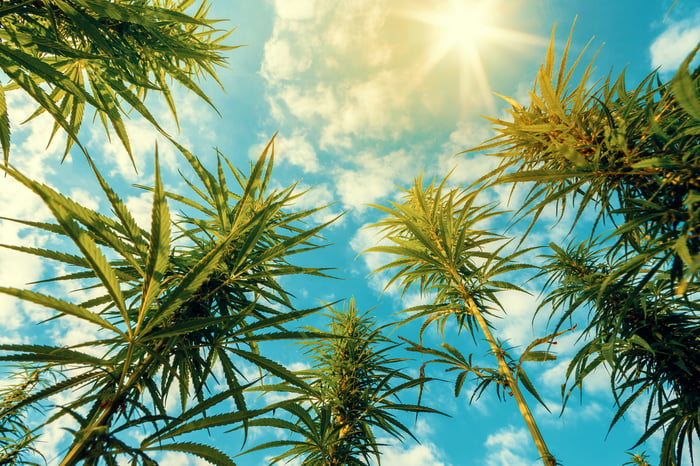 How are its financials?

During the quarter, the company's commercial accounts increased by 167 to over 700. While it only has 28 stores located in 10 states today, GrowGeneration has set a goal to operate 50 stores in 15 states by the end of next year.

That's not all. The company also has an e-commerce segment, which experienced a 149% year-over-year increase in sales. The company's commercial division drove much of this online growth, which brought in about $9 million of the quarter's $43.5 million in total revenue. GrowGeneration added 167 new commercial customer accounts during the quarter to bring its total commercial accounts to 700.

This small-cap company (at $708 million) is generating clear and superb results in a small amount of time, and therefore, doubts around its ability to keep up its performance are swirling.

On Aug. 21, Hindenburg Research published a report questioning the integrity of GrowGeneration's management team. Among other things, the report alleged that senior management officials have ties to previous pump and dump schemes, organized crime, and racketeering. According to the publication, president and co-founder Michael Salaman was allegedly part of a scheme under scrutiny by the Federal Trade Commission (FTC) that trafficked the credit card numbers of 2,682 consumers without their consent in 1996.

While the information presented in the report should be taken seriously, it primarily relied on historical, circumstantial information to build a case against GrowGeneration. In other words, there is no evidence that any of the red flags alleged in the report pertain specifically to that of GrowGeneration as a business. Even Hindenburg Research concedes, based on supply chain analysis, that the company's in-store and online strategies are, in fact, growing its total revenue at a noteworthy pace.

Is the stock a good buy today?

Currently, the company is trading for just three times its projected 2021 sales, which is very cheap for a business that could grow its revenue by more than 40% next year. As of Aug. 12, the company has about $59.3 million in cash and $213,930 in long term debt, net of current maturities. This means that the company should be able to keep its debt from ballooning and shouldn't need to turn to debt as a financing option. 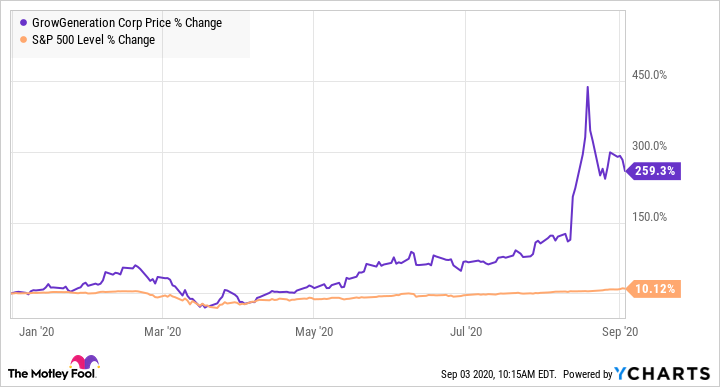 Due to strong growth, fair valuation, solid financial health, and profitability, GrowGeneration's short case is far from ironclad. Until there is decisive evidence that the company's management is embroiled in questionable activities, I would argue that now is a good time to take a small position in the diversified cannabis play and buy its dip.