At least one investment bank sees a dramatic upside for the firearms company.

The research note accompanying the upgrade notes that several metrics outpaced Lake Street's expectations. The note says the firm is "most encouraged by the higher-than-expected gross profit margin of 40.2% which compared favorably to our 32.5% estimate," continuing on to remark how margins have climbed to "peak levels and we think are sustainable for the next several quarters as the company attempts to meet demand and refill the depleted channel inventory." 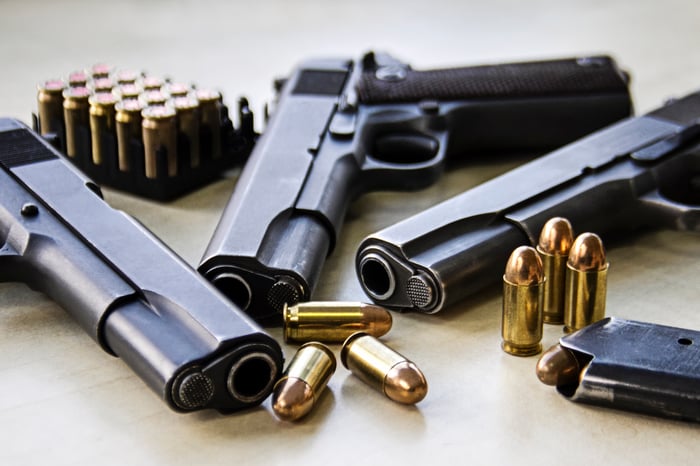 Smith & Wesson recently returned to its firearms focus, and famous brand name, by spinning off American Outdoor Brands (AOUT 2.95%) as a separate company. Since the company's recent major changes began, its stock value has varied, climbing above $20 per share in mid-August, dropping close to $16 later, and spiking again to over $21 on Sep. 1.

Smith & Wesson's sales grew explosively in the second quarter. However, they lagged somewhat behind firearms sales growth in general, as CEO Mark Smith noted in the company's recent second quarter 2020 earnings call. NICS background checks, a good proxy for overall gun sales, skyrocketed by 141% during the quarter for handguns and by 96% for long guns, while S&W's shipments in those categories rose 122% and 89% respectively.