The space tourism pioneer's shares could soar more than 40%, according to one investment bank.

UBS analyst Myles Walton believes Virgin Galactic's share price could reach $25 in the year ahead. His price forecast represents potential gains for shareholders of more than 40%, compared to the stock's current price near $17.50. 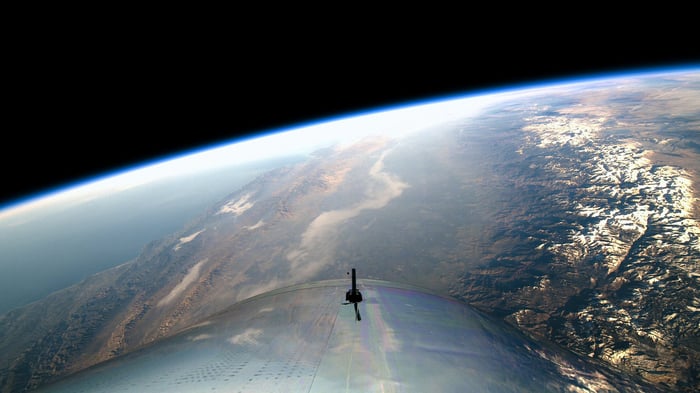 Walton says space tourism will become a $3 billion industry by 2030. In turn, he sees Virgin Galactic's annual ticket sales growing 300% annually through 2024. Walton also sees the company becoming a key player in the overall "space economy," which he believes could be worth as much as $805 billion within the next decade.

In addition to its first-mover status, Walton also highlighted some of Virgin Galactic's other key competitive advantages, including its marketing and brand-building expertise. Billionaire founder Richard Branson knows how to make a splash, and he's helped to position the company's offerings as a futuristic, top-flight experience for the well-to-do. "Going to space isn't routine," Walton said. "In fact, it's exceptional; but the entrance of billionaires into the space realm makes it more plausible now."

As a pioneer in what could be a massive new space-based market, Virgin Galactic has a tremendous growth opportunity before it. And if it can fulfill its awesome potential, its investors stand to be richly rewarded.