More than a million moviegoers have packed into AMC Entertainment Holdings' (AMC) theaters since the cinemas reopened their doors for business three weeks ago, according to a company press release published this morning. Pent-up demand for in-theater movie viewing after the long shutdown imposed by the COVID-19 pandemic appears to be driving the strong attendance, despite seat blocking and other measures intended to limit theater capacity to between 25% and 40% of normal levels.

AMC has implemented its "Safe & Clean" program throughout its theaters to help prevent transmission of the coronavirus between guests. The program includes mandatory mask wearing by all staff and moviegoers, upgraded air filtration, disinfection via electrostatic sprayers, and disinfectants and sanitizers throughout the theater. 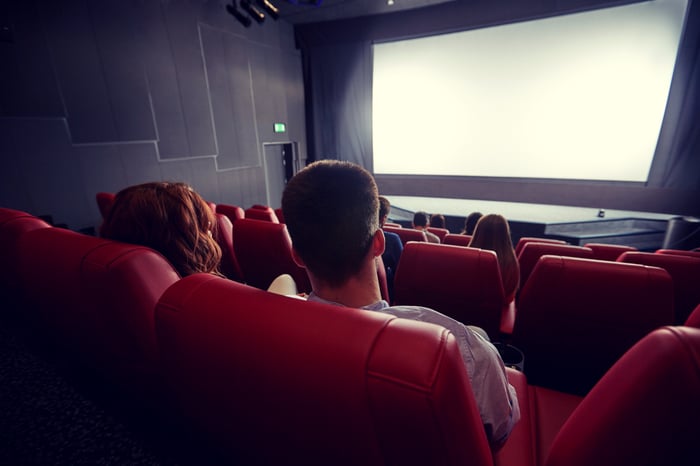 According to AMC, customer response to the health measures is positive, and the company is "heartened that our guest survey scores for AMC theatre cleanliness hit an all-time high in the decades and decades that we have been keeping such records."

AMC reports U.S. attendance of 1 million, and 4 million globally, in the three weeks since reopening, but not all metrics create as sunny a picture. Espionage movie Tenet generated an uninspiring total of $20 million in box office sales during its opening weekend, falling far short of online releases such as Walt Disney's Mulan.

Despite AMC CEO Adam Aron's statement that "After a five-month closure in the United States, the movie theatre industry is finally now starting on its way back," traders appear to be bidding the company's stock down in morning trading, with AMC's share price dropping approximately 2.5% shortly before noon EDT.