Shares of Intra-Cellular Therapies (NASDAQ:ITCI) were skyrocketing 80.3% higher as of 11:41 a.m. EDT on Wednesday. The huge jump came after the company announced positive results from a late-stage study evaluating lumateperone as adjunctive therapy to lithium or valproate in treating major depressive episodes associated with bipolar I or bipolar II disorder.

Intra-Cellular Therapies has already picked up an FDA approval for lumateperone in treating schizophrenia. Its latest clinical results could mean that a second approved indication is on the way. 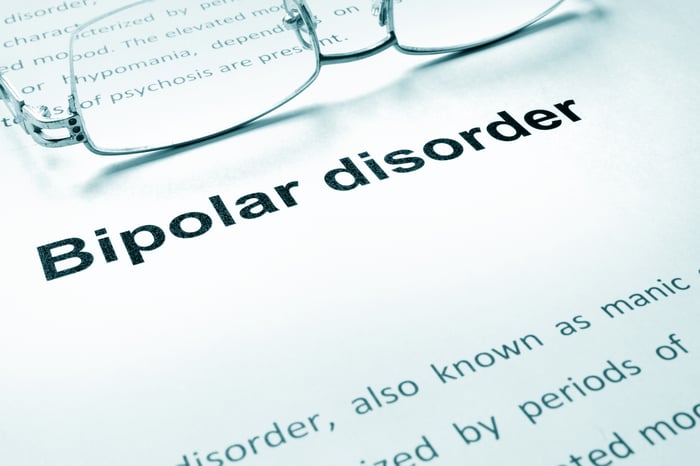 The company reported that a once-daily 42 mg dose of lumateperone met both primary and key secondary endpoints of the late-stage study. The drug achieved statistically significant improvement in depression as measured by a change from the baseline versus placebo on the Montgomery-Asberg Depression Rating Scale (MADRS) and on the Clinical Global Impression-Bipolar Scale (CGI-BP-S).

Intra-Cellular Therapies now plans to file for FDA approval of lumateperone as adjunctive therapy in treating bipolar depression. There's also another potential catalyst for the biotech stock not too far into the future: Intra-Cellular plans to report results from a phase 3 study of lumateperone as a monotherapy in treating bipolar depression in the second half of 2021.