NVIDIA (NASDAQ:NVDA) announced a deal yesterday to buy mobile-chip designer Arm Holdings from SoftBank (OTC:SFTB.Y) in a cash and stock deal valued at $40 billion. Rumors have swirled in recent weeks that a deal was imminent. NVIDIA said the acquisition would be immediately accretive to the company's adjusted gross margin and earnings per share.

This marks the largest acquisition ever for NVIDIA, far ahead of its $6.9 billion purchase of high-performance computing specialist Mellanox early last year. 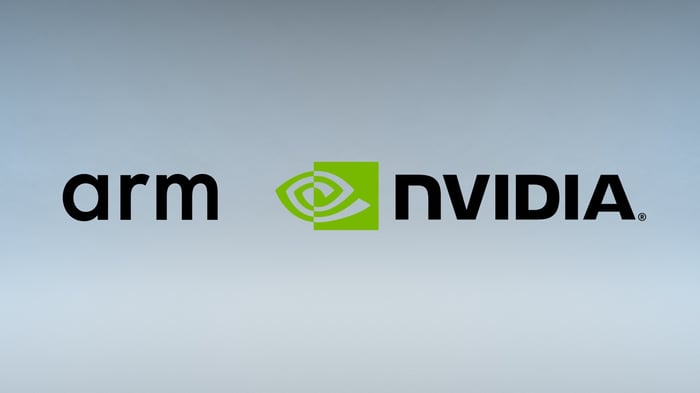 SoftBank will be paid with 44.3 million shares of NVIDIA stock, worth a total of $21.5 billion, giving SoftBank a less than 10% stake in NVIDIA, as well as $12 billion in cash from its balance sheet. There's also a $5 billion earn-out provision subject to Arm meeting certain financial performance targets.

Arm Holdings made its name designing the mobile chips that power smartphones and tablets and licensing those designs to all comers. But it has been expanding its reach into data centers and artificial intelligence (AI) applications, an area that NVIDIA has dominated in recent years.

"AI is the most powerful technology force of our time and has launched a new wave of computing," said Jensen Huang, CEO of NVIDIA. "In the years ahead, trillions of computers running AI will create a new internet-of-things that is thousands of times larger than today's internet-of-people. Our combination will create a company fabulously positioned for the age of AI."

NVIDIA is the undisputed leader in graphics processing units (GPUs) that render realistic images in video games. And in recent years the company has become a powerhouse in the high-performance computing used in data centers, AI applications, and cloud computing, supplying GPUs to each of the leading cloud providers.