Please ensure Javascript is enabled for purposes of website accessibility
Log In Help Join The Motley Fool
Free Article Join Over 1 Million Premium Members And Get More In-Depth Stock Guidance and Research
By Jennifer Saibil – Sep 15, 2020 at 8:35AM

Gap may make a comeback, but there's more on Nike's horizon.

Over the past few decades, Nike (NKE 2.50%) has emerged as the top activewear brand in the world, making more in revenue than most of its competitors combined. While rivals keep sprouting to challenge the dominant player in the industry, Nike has been able to effectively keep its leadership position and grow its fan base and sales.

Nike's popularity wasn't enough to stave off a large sales drop over the pandemic, but the company had enough cash to keep operations flowing. It moved forward with bringing out new products and opening new concept stores, and it's now in an excellent position to get back to high growth.

Gap (GPS 3.55%) was in a predicament during lockdowns with a precarious cash position, but it's made somewhat of a comeback. Its athletic wear has been a strong sales source over the past few years, and trends point toward a potential resurgence. But Nike's still has stronger growth potential in apparel and athleisure. Let's see why.

For those of us old enough to fondly remember Gap's glory days, it's hard to believe that the one-time style-setter is on the outs of fashion. But for investors, Gap has been less than profitable, losing almost half of its value over the past five years. Gap's second quarter was fairly successful, with a 13% comps increase, despite an 18% sales drop due to its powerful digital investments. With over $16 billion in fiscal 2019 sales and improving prospects, the casual apparel company still has life left in it.

Gap sales have been underwhelming for several years for two main reasons: changing styles, and changing shopping habits. As far as style goes, customers have been moving to cheap and chic lines, such as Hennes & Mauritz (H&M) (HNNMY 3.89%) and Target (TGT 4.98%), or premium athleisure, like Nike. As for shopping habits, shoppers have been turning away from malls and looking for more of a boutique experience. 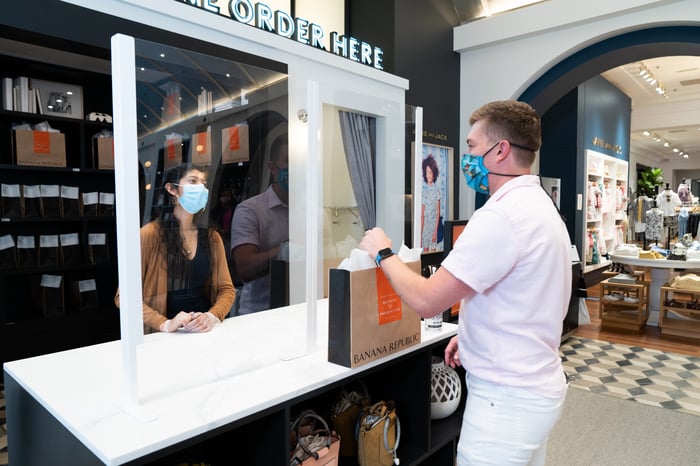 Gap has tried several strategies to bump up revenue, including appointing new CEOs, moving away from malls, and starting its own athleisure brand, Athleta. All of those efforts haven't led to much overall change, but Athleta has been the company's gem over the last few years, consistently increasing sales, while the rest of the brands stayed flat or declined. However, Atheta's a small part of the picture, with $267 million in second quarter sales out of a total $3.3 billion.

Another bright spot for the company is digital, which it mastered early on and which proved to be an important asset over the pandemic. Digital sales increased 95% in the second quarter as customers took advantage of the Gap brands' powerful digital assortment. Sales declined despite the digital spike, so it will be important to watch whether that trend leads to a sales increase in the current quarter and higher investor confidence.

Another positive movement is that with a growing number of people working from home or just not heading out as much as they used to for the foreseeable future, Gap's comfortable, reasonably priced basics are more in demand.

Gap stock is about flat year to date and has made up all of its pandemic losses. Investors are clearly excited about where the company's headed now that CEO Sonia Syngal can finally lead the company in a new post-pandemic direction. But while there might be good times ahead, the signs aren't nearly as clear as they are for Nike.

Why Nike's in growth mode

Nike has been a leader in athletic wear for decades and has not only kept its lead in activewear but has become the no.1 apparel brand in the U.S. overall. With $37 billion in annual sales, it's larger than any U.S retail apparel competitor, and it sees even greater opportunity. CEO John Donahoe said, "Nike's leadership position will become even stronger in the future as sport continues to resonate with consumers, amid a global shift toward health and wellness." 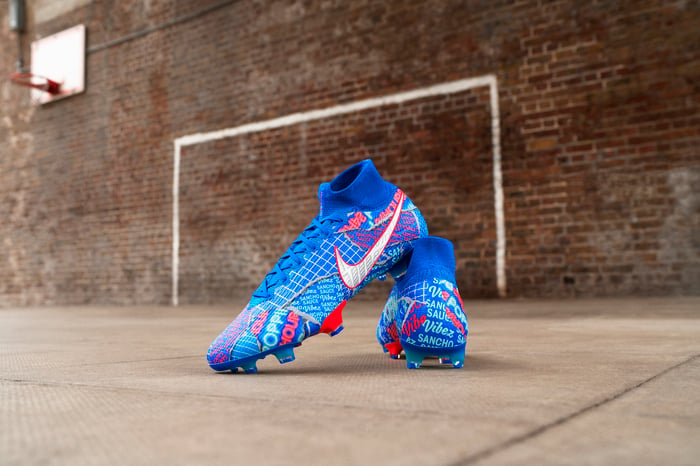 The pandemic wasn't kind to Nike, whose sales diminished 38% in the recent quarter. But China sales have recovered, and the company is making investments in direct-to-consumer applications and digitally powered consumer connections.

The pandemic may ultimately turn out to be a strong tailwind for Nike, as it deepened the already significant trends of activewear as casual wear and dependence on online shopping. Nike has a tech-oriented CEO in Donahoe, who previously ran eBay (EBAY 2.77%) in addition to other digital-based companies. As digital becomes increasingly relevant, Nike is poised to take greater market share. The Nike commerce app was downloaded triple the rate of the prior year from February through the end of May, and the company is expecting to hit 50% digital penetration way ahead of schedule. It recently piloted a new concept store in Guangzhou that interconnects physical and digital shopping. China is a rapidly growing market with a 350% increase year to date in Nike trending app users in that region. Nike is working toward a seamless, integrated consumer-direct acceleration strategy to leverage its digital prowess into greater sales.

Let's compare annual growth rates for these two companies over the past five years.

Nike stock gained over 100% in the past five years and is up 13% year to date, despite its recent sales setbacks. That's because investors are confident in the athletic superstar's future potential for growth as well as stability, which makes Nike a strong buy.