The long wait for prospective Snowflake (NYSE:SNOW) investors is almost over. The San Mateo, California-based cloud company will begin trading during the Wednesday session.

Snowflake offers a compelling value proposition. Previously, data in the cloud resided in fragmented silos. These were difficult to join and did not interact well with other silos. Users had to contend not only with redundancy but also with questions about reliability as updates across multiple clouds became difficult.

Snowflake's database software, by contrast, places all of this data in a single, scalable, cloud-based source. This makes the information reliable and easier to update, and also eliminates latency. Although providers such as Amazon, Microsoft, and IBM offer data clouds, Snowflake's software is the only one that can run on all services. 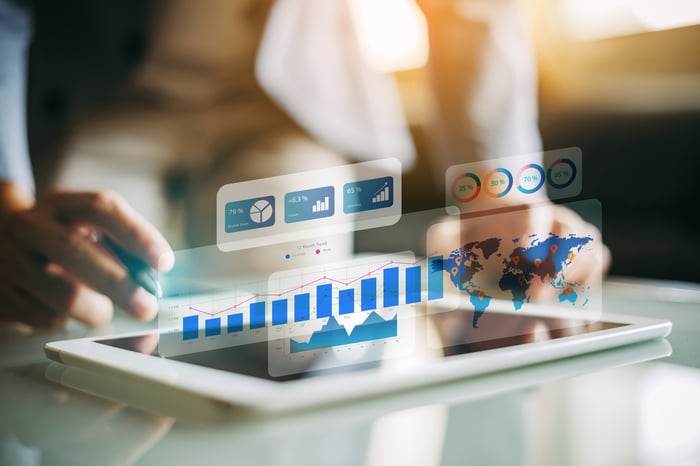 Due to this compelling value proposition, the anticipated value of the IPO continues to grow. The company has set an expected range of $100 to $110 per share on the IPO, up from the previous range of $75 to $85 per share (and some sources are now putting the price even higher, at $120).

At 28 million shares, Snowflake could raise more than $3 billion.It could also take the company's valuation well above $30 billion , more than double its value earlier in the year. In February, a private round of funding implied a valuation of $12.4 billion.

The deal has also gained attention due to an investment by Warren Buffett's company Berkshire Hathaway. Both Berkshire and salesforce.com pledged to make matching $250 million investments in the data cloud company.

Company growth has helped to draw such interest. According to Okta, Snowflake was the fastest-growing app over the last six months, growing by about 80% during that time.

Moreover, a Securities and Exchange Commission filing revealed that revenue grew by 174% in its 2020 fiscal year. Such increases could continue to keep this tech stock trading at a premium even after the post-IPO hype fades.