Investors have counted on the Federal Reserve to provide valuable support to the stock market for a long time. So far, the Fed has been incredibly accommodative in creating an environment in which stocks can do quite well. With many commentators worrying that Fed's efforts might prove insufficient, though, all eyes are on the central bank to see what it can pull out of its toolbox this time. Just after 10:30 a.m. EDT, the Dow Jones Industrial Average (DJINDICES:^DJI) was up 87 points to 28,083. The S&P 500 (SNPINDEX:^GSPC) rose 6 points to 3,407, but the Nasdaq Composite (NASDAQINDEX:^IXIC) was down 6 points to 11,184.

When markets are on edge, one thing investors can rely on is news affecting individual stocks. For FedEx (NYSE:FDX), the news was a definite positive, and the company's earnings report had good news even for investors who didn't own shares. Meanwhile, ADT (NYSE:ADT) wasn't quite as lucky, as the company's key shareholders sought to cash in on a recent up move. 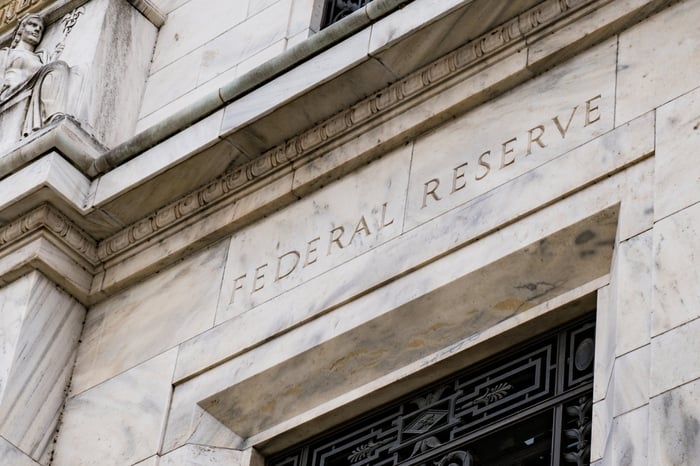 A big win for FedEx

Success came from across FedEx's business. The express segment saw a solid 8% gain from a year ago, but the ground segment enjoyed the biggest gains, as revenue there jumped more than 35%. Only the freight segment held back FedEx's sales growth. Moreover, cost-containment measures did a good job of keeping operating expenses growing at a slower rate than the top line.

When people are shipping goods, economies are generally strong. That's the takeaway many market participants are focusing on in FedEx's report, and that could bode well for the shipping company's future as well as the entire stock market.

Shares of ADT went the other direction, falling 14%. The move came as the security company's major investors chose to raise some capital under favorable conditions.

ADT launched a secondary stock offering late Tuesday, announcing that certain shareholders would sell 43.5 million shares. Those investors include investment funds controlled by Apollo Global Management, as well as current and former executive officers of the company. The pricing of that offering came early Wednesday, with the final figure coming in at $10 per share.

It's important to understand that ADT won't actually get any money from the offering. The company itself isn't issuing new shares; this stock is coming solely from current investors looking to cash out on a portion of their investments.

However, the good news for ADT shareholders is that the sellers have agreed to a 120-day lockup on whatever holdings they have remaining following this offering. It's never great to see major investors selling out, but following a sizable run-up in early August after announcing a strategic partnership, it's understandable to see ADT making this move.