The March market crash and volatility that's followed have revealed the stocks that are recession-proof champions, while pulling back the curtain on companies far more vulnerable to economic adversity. Among healthcare companies that have continued to achieve profitable returns, Dexcom (NASDAQ:DXCM) is top-of-mind. The company is known for manufacturing and marketing continuous glucose monitoring (CGM) devices.

Dexcom has consistently surpassed the S&P 500's performance this year, experiencing substantial and relatively consistent gains during a roller-coaster year. As of Sept. 16, Dexcom has gained 82% year-to-date compared to the S&P 500's return of about 5.5%.

If you're curious about what a $5,000 investment in Dexcom back in March would be worth today, you've come to the right place. Let's dig deeper into Dexcom's performance over the past six months. 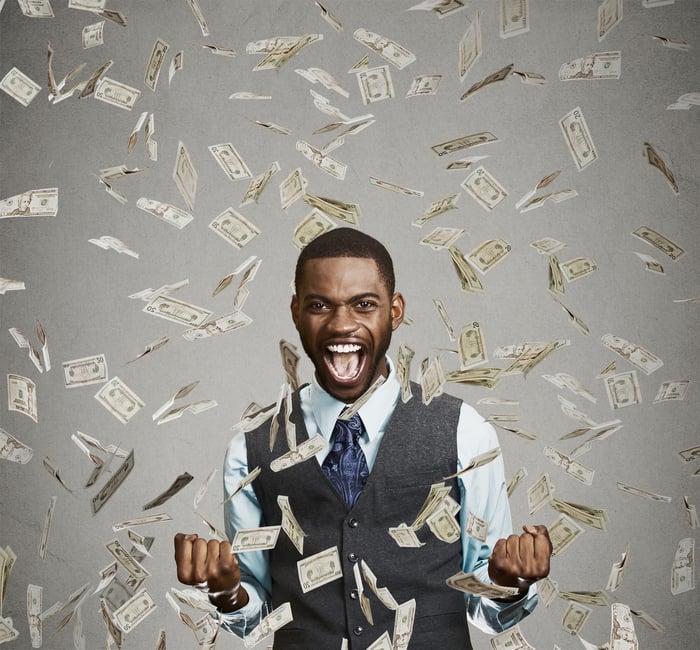 Shares of Dexcom dipped only moderately in the March market crash. The stock closed at $219.38 on Jan. 2., the first trading day of the year. Shares hit their lowest point on March 17, when Dexcom closed at $191.16, down about 13% from the start of 2020. The stock started to recover at the end of March and has risen with momentum ever since.

Let's suppose that you invested in Dexcom on March 17, when the stock hit its low. With $5,000 to spend, you would have been able to purchase around 26 shares of the company. Today, that investment would be worth over $10,200. Not many stocks give you the opportunity to more than double your money in just six months.

The explanation for Dexcom's resilience in the face of extreme market headwinds isn't all that complicated. The company is a prominent manufacturer of CGM devices, which are in considerable demand despite adverse market conditions and serve a huge population of healthcare consumers. It's been estimated that roughly 34.2 million people, or about 11% of the entire American population, has diabetes. The CGM market is projected to realize a compound annual growth rate (CAGR) of more than 12% between 2020 and 2026. Diabetes patients are also among those most at risk of suffering serious complications from COVID-19, which has only heightened demand for Dexcom's products since the pandemic began. 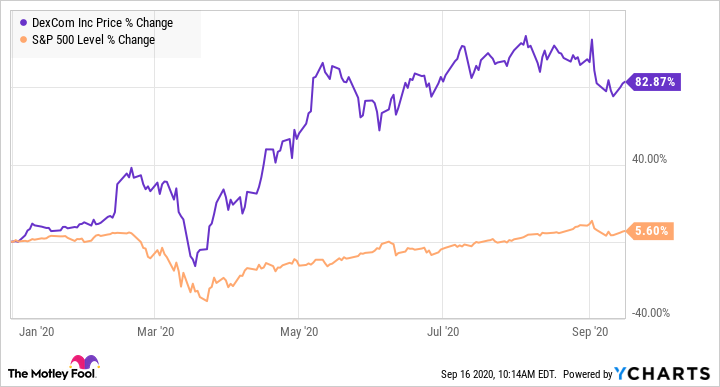 A key leader in the continuous glucose monitoring device market

Dexcom's star product is its G6 system, a one-touch applicator that generates blood glucose levels in real-time. The company recently concluded the launch of its G6 Pro system, marketed as "the first and only single-use, professional CGM available in blinded and unblinded modes." In blinded mode, patients won't have access to their glucose readings, alarms, or other G6 app health alerts. This setting allows care providers to capture patients' health information while they are behaving normally, without the influence of a CGM. Unblinded mode allows patients full access to their glucose levels and other tracked information on the Dexcom G6 app.

Dexcom grew its first quarter revenue by 44% and recent second quarter revenue by 34% year over year.  In the second quarter, which ended on June 30, Dexcom saw 38% domestic revenue growth and 21% revenue growth in markets outside the U.S. The company also reported gross profit margins on the basis of generally accepted accounting principles (GAAP) of more than 63% in Q1 and 62.9% in Q2.

Management expects the company to increase its annual revenue by 25% compared to 2019, achieving total revenues of $1.9 billion and a gross profit margin of 65% or greater for the full year. As of June 30, Dexcom reported cash and marketable securities equivalent to $2.5 billion, which positively outweighs its total liabilities of $2.2 billion. Currently, the company doesn't pay a dividend, which frees up a considerable portion of its cash reserves to work on paying off existing debt.

Should you take the plunge?

Analysts are optimistic about Dexcom's growth trajectory over the next few years. They project that the company will boost its earnings by more than 55% per year through 2025. In fact, Dexcom was popular with investors for its consistent earnings growth before the pandemic, and has continued its streak in the worst economic recession since the Great Depression.

The company has consistently grown its annual earnings by double digits over the past five years alone: 2015 (55%), 2016 (43%), 2017 (25%), 2018 (44%), and 2019 (43%). Dexcom's stellar balance sheet and excellent cash-to-debt ratio also set the company up for success, and its addressable market for diabetes management in the U.S. and abroad is poised for continued growth. For all of these reasons, I believe that investors should scoop up shares of the growth stock now, before it soars even higher.

If You Invested $5,000 in Dexcom During the Coronavirus Market Crash, This Is How Much Money You'd Have Now @themotleyfool #stocks $DXCM Next Article
Current