The company's Pebble Mine project was the subject of a presidential tweet yesterday.

Shares of Canadian miner Northern Dynasty Minerals (NAK -1.82%) initially jumped more than 25% today on the heels of a tweet yesterday from President Donald Trump. News surrounding the company's Alaskan Pebble Mine project has led to a bumpy recent ride for shareholders.

After the U.S. Army Corps of Engineers put out its comments regarding the proposed mine on Aug. 20, 2020, Northern Dynasty has had to address what it called misinformation, as well as a comment on Twitter from the president's son, Donald Trump Jr., about the proposed mine. 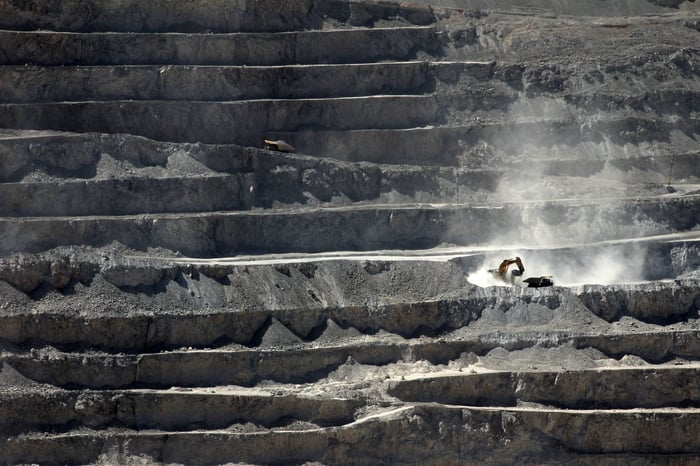 Today's tweet from President Trump said there would be "no politics" in the mine review process. A previous comment on Twitter from his son, Donald Jr., implied opposition to the project saying, "The headwaters of Bristol Bay and the surrounding fishery are too unique and fragile to take any chances with."

The mining project, which seeks to unearth known deposits of copper, gold, and other metals, received the policy position from the Army Corps of Engineers and has been working on the path forward for approval. The company addressed previous media reports saying outlets "incorrectly reported that the Trump Administration had stopped or was going to stop the project."

Yesterday, President Trump said in a tweet, "Don't worry, wonderful & beautiful Alaska, there will be NO POLITICS in the Pebble Mine Review Process. I will do what is right for Alaska and our great Country!!!"

That's all investors needed to give a thumbs up to Northern Dynasty shares today.