COVID-19 has sped up the retail reckoning taking shape in the United States. The impact on malls is going to be complex.

The simple plotline is that the U.S. retail sector is getting destroyed by the so-called retail apocalypse, as consumers increasingly shift toward online shopping. That's definitely a key part of this page-turner, sped up by the coronavirus pandemic, but it's not the whole retail story.

Investors need to step back and consider the nuances hidden beneath the easy narrative and what that means for retailers -- and, increasingly, the real estate investment trusts (REITs) that lease them space.

Over the past month or so, I have visited more than a dozen malls in and around where I live in eastern New York. My goal was to get a first-hand look at what was happening in the retail space. On the one hand, I was pleased to see that people are still visiting their local shopping malls, often in impressively large numbers given the COVID-19 issue. Some retailers, meanwhile, have long wait lines outside of their stores because of reduced capacity rules. 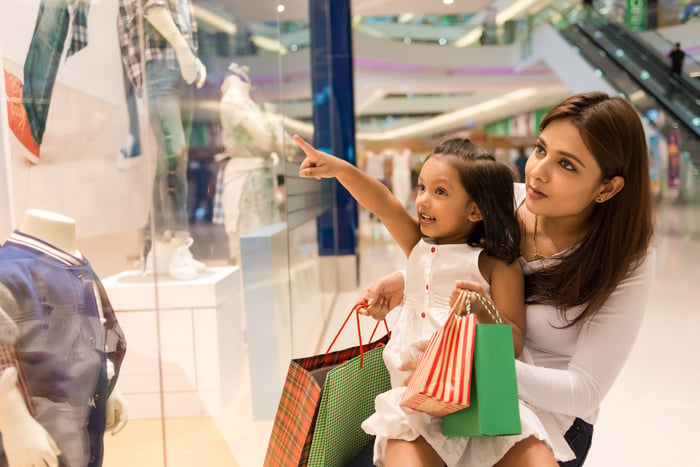 My takeaway is that physical stores are not going away anytime soon. Yes, online shopping is growing quickly, helped along by the coronavirus, but it isn't likely to fully displace visiting a store. Some people just like to shop, others see it as a social occasion, and there will always be products that just need to be seen in person.

That's the good news. The bad news is that there are vastly too many malls in the country. All of the malls I have visited -- the number is now up to 15 -- are within a two-hour drive of my home. I live in a relatively wealthy and densely populated region of the country, so it makes sense that mall landlords like publicly traded real estate investment trusts Simon Property Group (SPG -1.38%), Macerich, and Taubman Centers (TCO) want to be here. But how many malls can one region really support?

Industry watchers estimate that there are over 1,000 indoor malls in the United States. When ranked by sales per square foot, the cream of the crop (about 28% of the total) end up representing roughly 80% of the asset value of all malls. The rest are at serious risk of becoming irrelevant as COVID-19 takes its toll on retailers. It's a no-brainer to close a location in a poorly performing mall so it can be moved to a better location in a more desirable mall. This is basically a reverse network effect, with fewer, better malls becoming even more valuable along the way.

But my region shows it may not be as simple as that for mall landlords.

I'm old enough to remember the heyday of the White Plains, New York, mall: When I was a child, it was the only mall in the city. By today's mall standards it's an odd structure with limited parking, but through the last 50 years or so it has managed to hang on with local tenants and the regional branch of the DMV. Until COVID-19 hit. Now the only things in the mall are the DMV and a dialysis center. It is literally on the verge of being empty. That makes complete sense given that it is an old, low-quality mall. This was the path it was on before the coronavirus, the final blow was just compressed into months as opposed to the years it would likely have taken without COVID-19.

I also remember when the White Plains Galleria was built a block away from that mall. At the time, it was a giant structure that attracted name-brand retailers, including anchor tenants like Macy's. With ample indoor parking, open walking areas, and plenty of light, it was a vast improvement over the old mall. In all honesty, the Galleria is still in decent physical shape and holds up well to other malls. But that didn't stop Simon Property Group from building The Westchester, a higher-end mall that is even nicer than the Galleria. The Westchester is roughly four or five blocks away from the other two malls.

For a while, there wasn't much competition between the malls. The old old mall had local tenants. The Galleria catered to mid-tier shoppers. And the newest mall offered high-end fare. But the slow-moving retail apocalypse, suddenly hastened by COVID-19, has changed the math. With major retailers falling into bankruptcy and most others looking to rationalize their footprints and focus on the best locations, the Galleria and the Westchester are now fighting over tenants. Both malls have large numbers of vacancies and light foot traffic. The stores that remain in each could easily fit into just one of the two.

It's so bad that local tenants from the old White Plains mall are being welcomed into the Galleria. I spoke with a hobby shop owner who has long specialized in model trains. While he explained that he lost some customers when he moved his store, his sales during COVID-19 are still as good as, if not better than, his best results at his old location. The new customers he's found, he noted, spend a lot more than the customers he lost. On top of that, the space he's in is larger and much nicer. This is great news for the hobby shop, but the problem for the Galleria is that it used to be filled with national brands, not local shop owners. 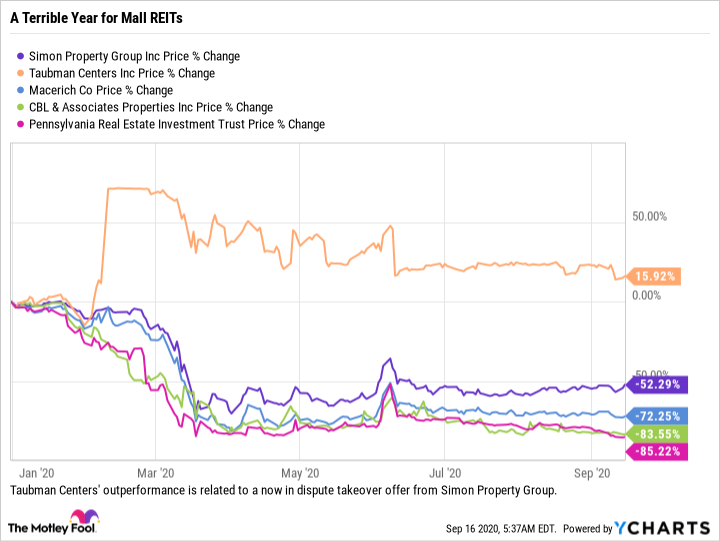 Meanwhile, a recent visit to the relatively new and upscale Westchester mall revealed that a Spirit Halloween shop was soon to open. That's a seasonal store that usually takes up cheap vacant space so a landlord can at least earn something while it tries to get a long-term tenant. That's a major step down for a mall with stores that sell high-end watches, handbags, and jewelry. The big problem in White Plains is that there are three malls competing for the same tenants, and there's no easy fix.

But it's not unique to White Plains. The Stamford Town Center was once a bustling indoor mall in Connecticut. Owned by Taubman Centers, it is now frighteningly empty, with what looks like more stores vacant than occupied. It's the only indoor mall in the city, so it isn't dealing with exactly the same situation as the malls in White Plains. The Stamford Town Center competes with the main shopping avenue in Greenwich, Connecticut, which is only a few miles away. Although not a mall, Greenwich has long supported major retailers, high-end local shops, and even a department store. It's basically a big outdoor mall. In fact, one of the last material draws for the Stamford Town Center was its Apple store -- but that has now closed, too. The Apple store in Greenwich, however, is still open and busy.

The takeaway: It's complicated

There is a major shift taking place in the retail sector, and mall REITs are right in the thick of it. It will take time for the industry shakeup to play out, with modern malls in good locations likely to end up surviving while older malls in less desirable locations fall away.

But that's the simple, big-picture story. There are complex nuances when you get down to a more granular level. As the examples above show, a new mall in a good location may not be enough if there's competition for consumers from nearby shopping options. And the United States is filled with other shopping options, particularly in the most desirable regions. If you own mall REITs, be prepared for a long period of disruption even as COVID-19 speeds up the retail sector shakeout. Good properties should become more valuable over time, but it could take a long time to get there from where we are now. You should probably stay on the sidelines if you don't have a strong enough constitution to hold on while retail landlords work through this period.