The latest monthly sales data from the industrial giant shows a dip in year-over-year growth. Here's what it means for investors.

3M's (MMM 1.50%) monthly sales data has become one of the most widely followed data sets for investors looking to gauge the company's recovery. Unfortunately, the latest numbers and guidance for the third quarter were slightly disappointing and call into question the prospects for the upcoming earnings report.

Let's take a look at why this latest sales data is troubling, and what it means for the investment thesis.

Probably the best way to look at matters is to chart the trend in organic sales growth at the company. Going back to the second-quarter earnings presentation released at the end of July, investors were told that management was seeing a broad-based pickup in demand and July sales would be up low-single-digits compared to last year. 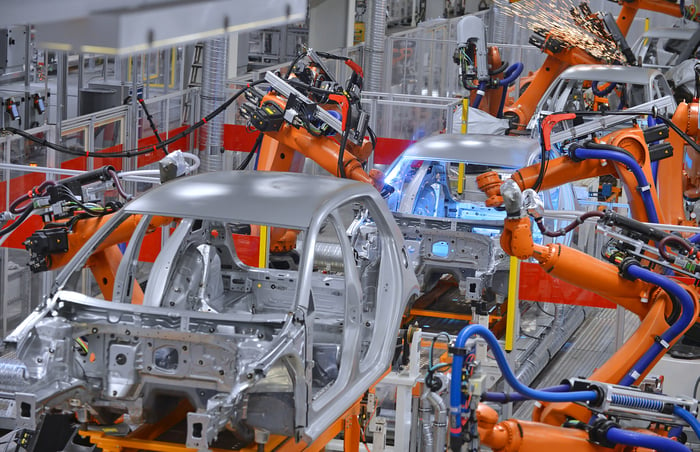 Indeed, total company local organic sales growth came in at 3% in July. However, as you can see below, local organic sales actually declined 2% in August. Moreover, the year-over-year growth rate fell for the three segments impacted the least by the coronavirus pandemic.

To be clear, the industrial company's reported sales actually increased 2% in August, but this is because acquisitions (net of divestitures) contributed 3% to growth and favorable foreign currency movements contributed 1% -- more than offsetting the 2% decline in organic sales growth. 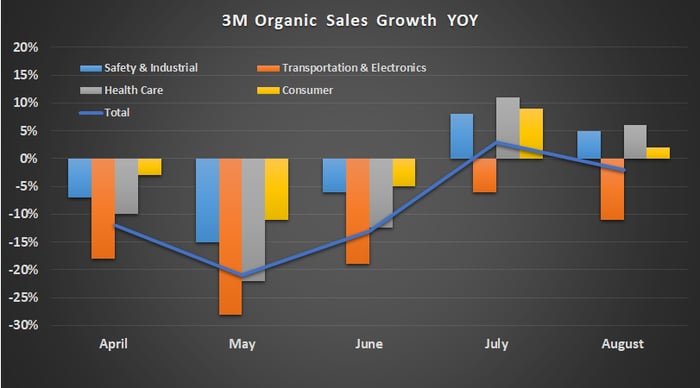 Of course, it doesn't make sense to get overly focused on one month's sales data, but the implied guidance for September wasn't particularly impressive either.

Frankly, the last figures are not impressive for three key reasons:

It's entirely possible that 3M's management is merely being conservative with guidance, but unfortunately, this is not a company that has built a track record of under-promising and over-delivering for investors.

All told, investors have reason to be skeptical about 3M going into the third quarter, and the company still has a lot to prove in terms of turning its performance around.

On the other hand, the stock remains cheap on a price-to-free cash flow basis and CEO Mike Roman is taking concerted action to restructure the company toward growth. Acquisitions and divestitures have been made, and Roman is changing the way the company is run. 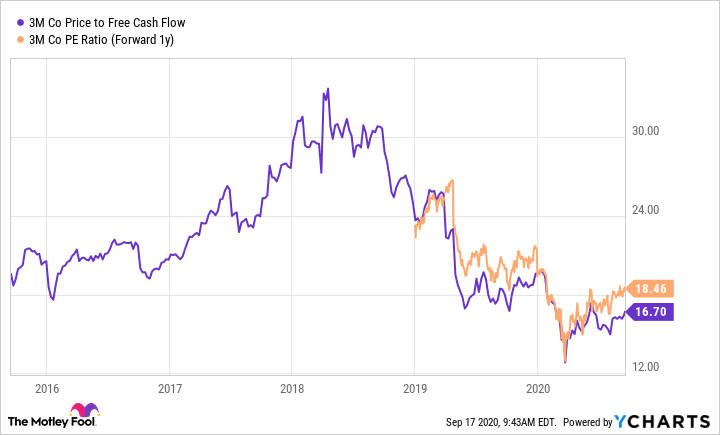 On a risk/reward basis, the stock continues to look like a good value, and there's little management can do about its end markets, particularly with the near-term challenges in the automotive market.

However, investors' patience will wear thin if 3M delivers a disappointing set of third-quarter earnings, particularly if margin performance is lower than expectations.