The first half of 2021 will see Coca-Cola (NYSE:KO) venture back into the world of adult beverages in the United States for the first time in four decades with the launch of a new hard seltzer line. In an interview with CNBC, Coca-Cola CEO James Quincey said the release is part of the company's effort "to follow the consumer" into the lucrative hard-seltzer market.

Beverage makers worldwide are scrambling to introduce their own hard seltzers, the popularity of which has been growing for years and has mushroomed in both 2019 and 2020. According to That's magazine, hard-seltzer sales exploded by 200% in the U.S. year over year in 2019, with the trend strengthening in 2020 as COVID-19 encouraged at-home consumption. The fizzy drink is becoming popular in many other countries, too, including the potentially huge market of China. 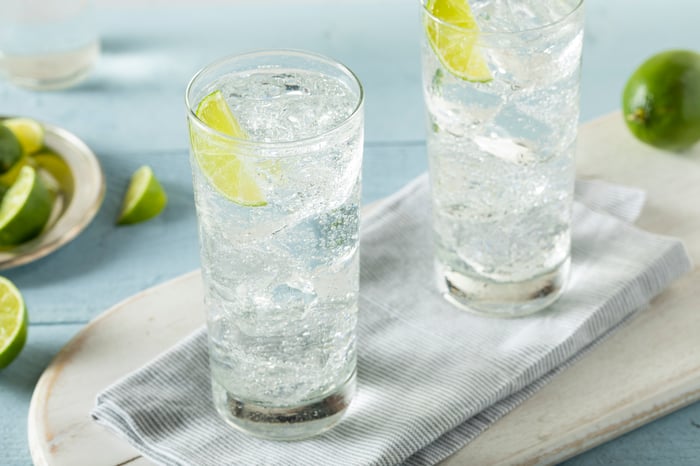 Coca-Cola's Topo Chico-branded hard seltzer will be rolled out in Mexico and Brazil in late September, months before its arrival in the United States. According to MarketWatch, the company considers the beverage "experimental." It is part of its drive to focus on profitable product lines while axing many of its "zombie" brands, whose utility is marginal at best.

Also according to MarketWatch, U.S. hard seltzer sales topped $3 billion annually in July 2020. The launch of Topo Chico Hard Seltzer in America could help Coca-Cola overcome the relative disinterest of the millennial demographic in its products and stock, which was also hit hard by the plunge in soda sales caused by restaurant and cinema closures. YouGov reports millennials are a driving force behind hard seltzer sales, indicating Coca-Cola's move could help it tap profitably into the preferences of younger alcoholic beverage consumers.