RC Ventures apparently has an unexpected and ambitious vision of the company's future.

Struggling video game retailer GameStop (GME 14.04%) sure wasn't struggling on the market Tuesday. The company's shares rose precipitously on news regarding one of its key shareholders.

In a regulatory filing, RC Ventures, an activist investor that owns a stake of around 10% in the company, revealed that it had been in discussions with top GameStop management.

The investment firm added, "During these conversations, the Reporting Persons [i.e., RC Ventures] expressed their willingness to become more involved in the Company under certain circumstances that the Reporting Persons believe are likely to produce the best results for all shareholders." 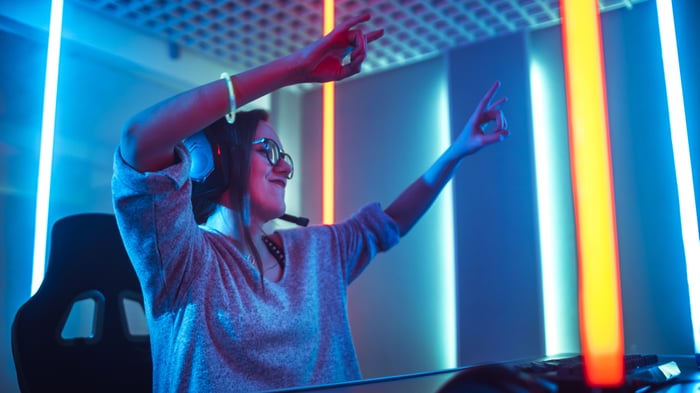 It did not specify how exactly it aimed to deepen its involvement with GameStop. A report published Tuesday in Bloomberg, citing "a person familiar with the matter," has it that RC Ventures' chief, Ryan Cohen, wants to position the company as an e-commerce rival to the giant of that sector, Amazon.com (AMZN 3.04%).

In this conception, GameStop's selection would be widened considerably and it would offer faster shipping than Amazon.

Analysts have expressed skepticism about this David (GameStop) vs. Goliath (Amazon) strategy. Yet it seems the former's investors are finding at least a ray of hope for their company's future within these plans, even if some people don't find them credible -- GameStop's shares closed almost 21% higher on Tuesday, far outpacing the gains of the wider stock market.

RC Ventures' stake in GameStop was revealed late last month. The investment firm is a relatively recent arrival on the scene; Cohen is perhaps best known for being a co-founder and CEO of the pet food company now known as Chewy.