Snowflake (NYSE:SNOW) had a rather impressive debut last week following the cloud-based data warehousing company's IPO. After the offering priced at $120, the stock opened the following day at $245 and proceeded to soar as high as $319 before pulling back. The investor enthusiasm is palpable, and the gains were primarily driven by retail investors as opposed to institutional players, according to Axios.

Snowflake announced on Friday that underwriters had exercised their greenshoe option in full, purchasing another 4.2 million shares to satisfy overwhelming investor demand. However, Snowflake is now fetching an insanely premium valuation that is well above any enterprise tech peers, which has already earned the stock its first sell rating. 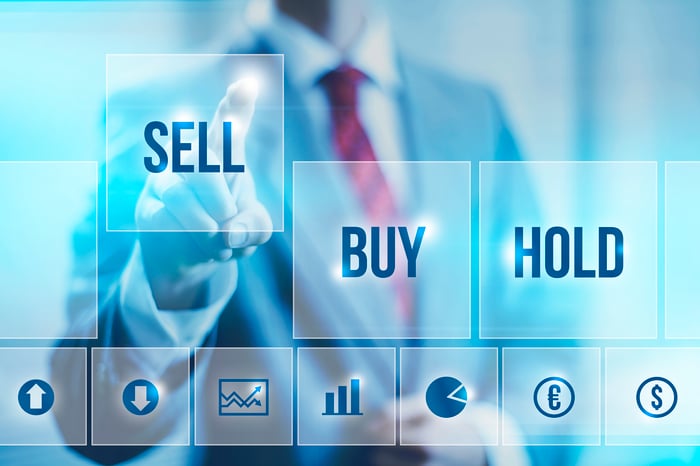 Less than a week after going public, Snowflake is getting its first sell rating. Image source: Getty Images.

The most expensive stock in tech

Summit Insights has initiated coverage on Snowflake with a sell rating and $175 price target. Analyst Srini Nandury is primarily concerned with Snowflake's lofty valuation, combined with what he considers "limited differentiation" from Amazon's Redshift, Google's BigQuery, and Microsoft's Azure SQL Database, the data-warehousing services that the tech behemoths already offer as part of their respective cloud infrastructure businesses.

Additionally, Snowflake competes with many legacy data warehousing vendors like Oracle, SAP, and IBM that have been expanding into cloud-based products in recent years. Those are huge enterprise tech competitors with deep pockets to contend with, and Summit Insights believes there will be "multiple winners in the market."

The stock is currently trading at 76 times enterprise value to forward sales, according to Nandury's estimates, well above Zoom's 41 multiple or Datadog's 32 ratio. The analyst believes that Snowflake is the most expensive stock in the entire tech sector.

"For the stock to work from the current levels, Snowflake needs to execute flawlessly quarter after quarter, and have to live up to lofty expectations and grow into its valuation," Nandury wrote in a research note to investors. "While Snowflake's management is stellar and is known for its execution, the odds of Snowflake's stock faltering are high."

The COVID-19 pandemic has also created considerable macroeconomic uncertainty, which the analyst believes will contribute to the "risk of a violent sell-off." While IT spending is generally less susceptible to economic downturns compared to other sectors like consumer discretionary, the recession could still tighten those budgets and IT execs need to prioritize the most mission-critical services.

Stocks that trade at excessive premiums can be severely punished by any missteps or potential signs that the companies can't live up to lofty growth expectations that the market is pricing in. Revenue surged 121% in the second quarter to $133 million, but such enviable growth rates could become harder to sustain as Snowflake grows its revenue base.