Please ensure Javascript is enabled for purposes of website accessibility
Log In Help Join The Motley Fool
Free Article Join Over 1 Million Premium Members And Get More In-Depth Stock Guidance and Research
By The Daily Upside – Updated Sep 24, 2020 at 12:44PM

The deal values the company at a lofty $1.75 billion

As far as the names are concerned-you couldn't draw up a better investor-investee match.  Yesterday, GOAT announced a $100 million Series E funding round led by D1 Capital Partners.

No, it's not a SPAC founded by Michael Jordan or an e-commerce store for farm animals.

GOAT is an online marketplace for so-called "sneakerheads," or consumers with an above-average (and potentially unhealthy) interest in sneakers. 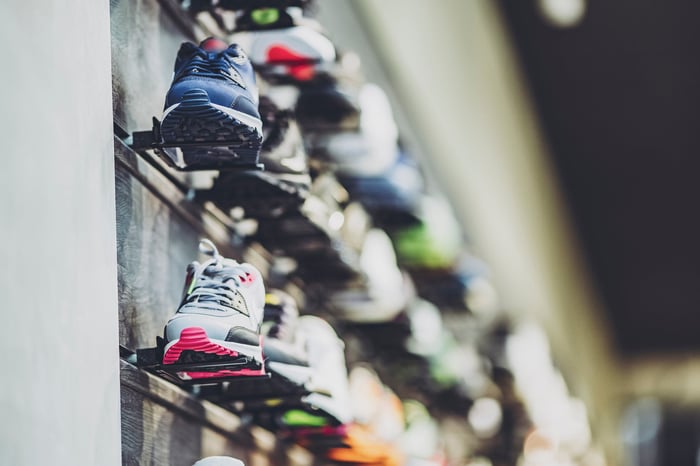 Shoe Dog
Being cultured used to mean knowing what century Monet was born in or being able to taste the difference between Cabernet and Merlot.

These days, younger shoppers engrossed in "sneaker culture" seek hard-to-find kicks that can cost thousands of dollars per pair.

And it's big business.  Investment Bank Cowen estimates the sneaker and streetwear resale market is worth more than $2 billion in North America with the potential to reach $30 billion globally by 2030.

Since launching in 2015, GOAT has grown to 30 million members with 600,000 sellers on its platform.  In prior funding rounds, GOAT raised $200 million from venture capital firms and retailer Foot Locker.

The Plan
GOAT intends to use the $100 million to build a bigger platform for apparel and accessories beyond sneakers, and introduce more brands to sell directly on the platform.

But growth won't come at the sacrifice of style.  CEO Eddy Lu said, "We are not a broad-based marketplace that will sell any tchotchke in the world...we want to have a point of view on fashion, culture, and style."

GOAT will expand its international presence, adding to its 13 global authentication and distribution centers, where it does quality control on items (particularly on used shoes) before they are shipped to buyers.

The Takeaway: The Series E round values GOAT at $1.75 billion, up from $550 million in its last round.  Nothing stinky about that.