The maker of police-restraint technology is coming off a very bad day on Wednesday.

Shares of Wrap Technologies (WRAP -4.38%) were rising nearly 7% in midday trading on Thursday following a massive 30% sell-off in the stock the day before.

Wrap's plunging fortunes were brought on by a less-than-rousing endorsement by the Los Angeles Police Department (LAPD) for the company's signature BolaWrap device, which shoots out Kevlar cables that quickly wrap around suspects' legs or arms to restrain them. Wrap describes it as "remote handcuffs."

The LAPD said it deployed the BolaWrap nine times in its 180-day trial period, but three of those times it was deemed ineffective. 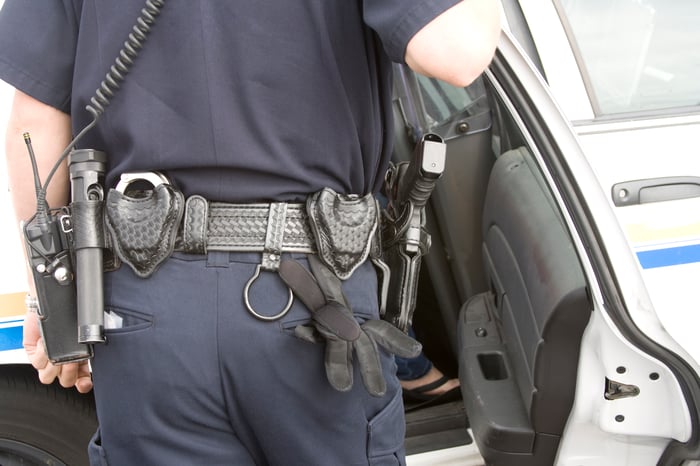 There is a need and demand for less-than-lethal devices, and the BolaWrap could have its place on an officer's duty belt. The police tech company announced this morning that it had received four more orders for the BolaWrap from four new countries in the Middle East, Europe, and South America.

And though the LAPD deployment was less than 100% effective, Wrap Technologies notes that the department extended the field trial for an additional six months.