The company announced a partnership that will expand its EV charging network in New York State.

Barely a day after Gov. Gavin Newsom of California announced plans to ban the sale of new gasoline-powered cars in his state beginning in 2035, shares of electric vehicle (EV) charging company Blink Charging (BLNK -1.65%) are on a tear. The stock gained 13% this morning and remained up 9.6% as of 10:10 a.m. EDT.

It's not entirely clear how much Blink will benefit from California's move. According to Securities and Exchange Commission filings, the company says it had 14,778 charging stations in the U.S. as of the end of last year (a claim that has been challenged by short-sellers).

But Blink does not break down the location of these stations by state. This makes it difficult to say just how large a market share it enjoys in California, and even harder to speculate how big that share will become 15 years from now, when the California ban goes into effect.

What is apparent is that Blink is growing. Last week, for example, it announced its acquisition of Los Angeles-based BlueLA car sharing and its network of 200 EV charging stations. And the company today announced an expansion by partnering with Sustainable Westchester, a nonprofit based in Westchester County, New York, to promote the build-out of EV charging infrastructure in conjunction with the state's Energy Research and Development Authority. 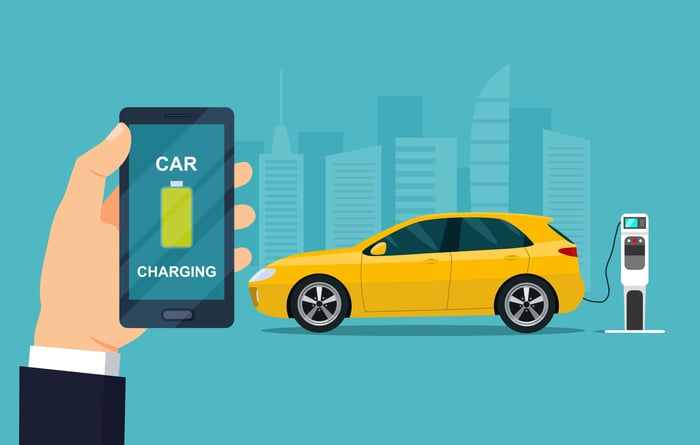 Blink notes that in the entire county of Westchester, there are only about 250 charging stations to support more than 5,500 registered EVs, or 1 charging station per 22.2 EVs. The company says it will initially deploy 50 chargers there, growing the installed base of chargers (from all providers) by about 20%.

That's not an insignificant number for folks living in Westchester. I doubt, however, that adding 50 chargers to a network of roughly 15,000 is the kind of news that makes Blink Charging stock 10% more valuable today. If folks didn't bid up Blink shares on Thursday's more significant news out of California, I'm not sure why they're bidding them up on today's news out of New York.