As part of its ongoing push into grocery e-commerce, supermarket and pharmacy chain Kroger (NYSE:KR) announced today its plans to build one of its huge Customer Fulfillment Centers, or CFCs, in the Great Lakes region. The company identified Romulus, Michigan, as the site for the facility.

The 135,000-square-foot CFC will be constructed in partnership with Ocado Solutions, part of Ocado Group (LSE:OCDO), a U.K.-based online supermarket that also provides various software and technology packages related to internet or automated grocery operations. According to the press release, Ocado's contribution to the project will include helping with an "automated warehouse facility with digital and robotic capabilities" buttressing Kroger's "flexible distribution network." 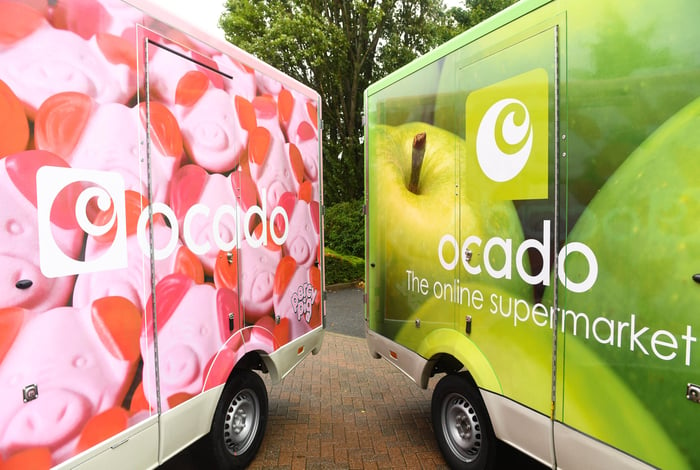 The CFC will take about 18 months to build and create roughly 250 local jobs. Kroger supply chain VP Robert Clark said it will improve the company's grocery e-commerce operations in Michigan and will "bring fresh food to our customers faster than ever before."