Amazon is poised to finish 2020 with a bang.

Amazon's (AMZN 2.01%) annual Prime Day event has continually grown larger and larger every year. What started out as just one day of sales on its website has grown to a full 48-hour sales event -- on Oct. 13-14 this year -- that has spurred Amazon's biggest competitors to launch their own online sales events over the same period, just to keep up.

But Amazon's not worried. Last year the company sold more than 175 million items during the event to shoppers across 18 countries, it sold hundreds of thousands of Amazon devices for kids, and it made an estimated $7 billion in sales.

All of those figures are impressive. But it's possible Amazon's latest effort could surpass even last year's blockbuster numbers and the company could have its best Prime Day event to date. Here are three reasons why. 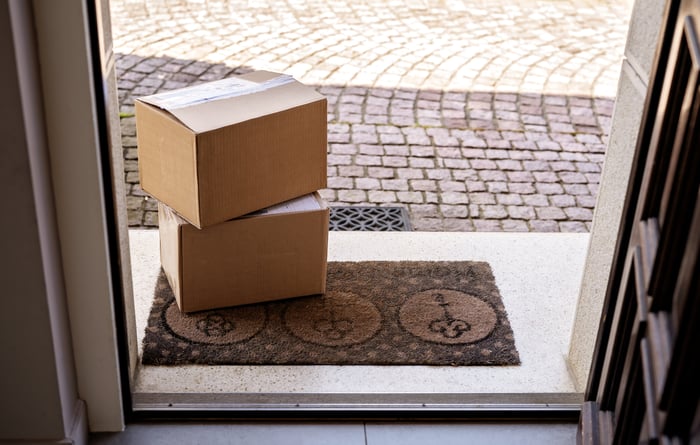 1. Amazon has a lot more Prime members than in the past

Amazon's Prime Day gets its name from, you guessed it, the company's Prime subscription service. Shoppers get the special deals Amazon offers during the two-day event if they are Prime members, including people who sign up for a free trial.

Amazon isn't worrying about those Prime members who haven't stuck around since the last Prime Day though, because the company has a whopping 150 million Prime members.

Amazon CEO Jeff Bezos divulged that figure in the company's fourth-quarter 2019 results in January. It was a bit of a shocker, not only because Amazon doesn't usually share hard numbers like that, but also because it meant that Amazon increased its Prime members by 50 million in just two years.

With more Prime members than ever before, Amazon might easily top its previous record-breaking Prime Day event last year.

As countries around the world began locking down earlier this year, demand for products on Amazon's website soared. Demand for consumer staples and other products on Amazon's website was so strong that the company's second-quarter results completely obliterated Wall Street's estimates. The company's earnings reached $10.30 for the quarter, outpacing analysts' consensus estimate of $1.50.

The result of stay-at-home orders and many people working from home and generally spending less time away from their homes essentially forced Amazon to postpone its Prime Day event, which is usually held over the summer.

So let's recap this for a moment. Amazon's website is experiencing higher demand than ever because people are shopping online more than ever before due to the pandemic. Now, in less than two weeks, the company is going to offer more than 1 million deals on its site. For consumers who are still leery of spending a lot of time indoors shopping with strangers, Prime Day deals offer even more of an incentive to stick with their online shopping habits.

3. The timing of the event will encourage early holiday shopping

And finally, the last reason why this year's Prime Day could be bigger than ever is that it's happening just before the beginning of the holiday shopping season. Previous Prime Days occurred over the summer, but with this year's event coming in mid-October, lots of shoppers could use it to get a jump on holiday shopping.

Amazon is hoping this is the case too. The company said in its Prime Day press release that the event is "back in time for the holidays" and added: "This year's Prime Day is the perfect opportunity for Prime members to get their holiday shopping done early from the comfort of their homes -- and to have more time to spend with their families and friends throughout the season."

Of course, Prime Day could eat into some of the otherwise separate holiday sales Amazon would have had if the event had happened over the summer. But I think the momentum from online shopping that Amazon's website has received because of the pandemic could help offset this, and spur more shoppers to do their holiday shopping through Amazon's website than they have over the past couple of years.

Amazon has already begun to slowly trickle out some of the Prime Day deals for members and will release the vast majority of them beginning Oct. 13. This means that investors won't have to wait long before they find out just how big Amazon's biggest shopping day of the year was.