Shares of the "insurtech" pulled back as the IPO euphoria continued to wear away.

Shares of Lemonade (LMND -2.50%) were turning sour last month after the high-tech insurance company slumped along with a broader sell-off in the market, continuing a slide that followed a surge on its July IPO. Shares finished down 15%, according to data from S&P Global Market Intelligence.

As you can see from the chart below, it was a rocky month for the company's stock. 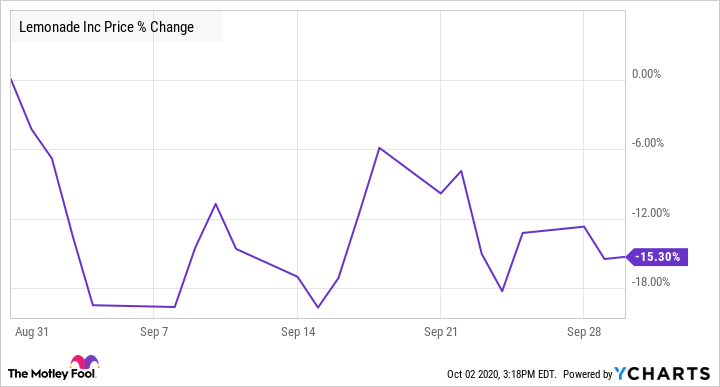 Lemonade shares opened the month on a down streak as the correction in the Nasdaq following a late August rally seemed to weigh on the stock. Investor attention had turned to Apple and Tesla stock splits, and the stock fell again after a brief recovery as the Snowflake IPO also seemed to capture the market. 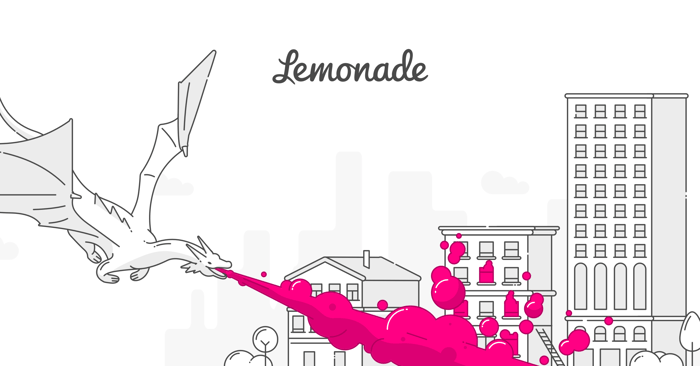 Lemonade shares surged as high as $96.51 in the session following its IPO, but the stock pulled back significantly from those heights as investors seemed to move on to the next shiny object. The stock spent most of September trading around $50.

There was one piece of good news out for the "insurtech" company. The company announced on Sept. 15 that it would expand to France, its third European country after entering Germany and the Netherlands, where it plans to offer home insurance and other policies.

At the end of the month, the company also announced the extension of its early lock-up period from Sept. 29 to the business day after its third-quarter earnings report, which is expected in November. It was unclear why the company made the move, but lock-up expirations can drive stock sell-offs. In any event, investors should keep an eye on the new early expiration date in November.

As a digitally native insurance company, Lemonade is a unique stock, and investors should expect continuing volatility as the market struggles to value it appropriately. With revenue more than doubling, there are a lot of reasons to be excited about this growth stock, but it is still generating significant losses and faces steep competition from entrenched insurance companies.

Can Lemonade Use Insurance Customers' Frustrations to Gain Market Share?
413%