A judge finds that the networking giant infringed four out of five patents a much smaller peer held.

Cisco Systems (CSCO 2.98%) has lost the first round of a David-and-Goliath legal battle. The company has been ordered to pay roughly $1.9 billion in a patent infringement lawsuit brought by a far smaller business, privately held cybersecurity solutions provider Centripetal Networks.

U.S. District Judge Henry Morgan issued the ruling on Monday in the non-jury trial, finding that Cisco engaged in "willful and egregious" infringement of four out of five patents Centripetal held. The patents in dispute cover network protection technology; Centripetal accused Cisco of improperly appropriating its intellectual property for use in its own products. 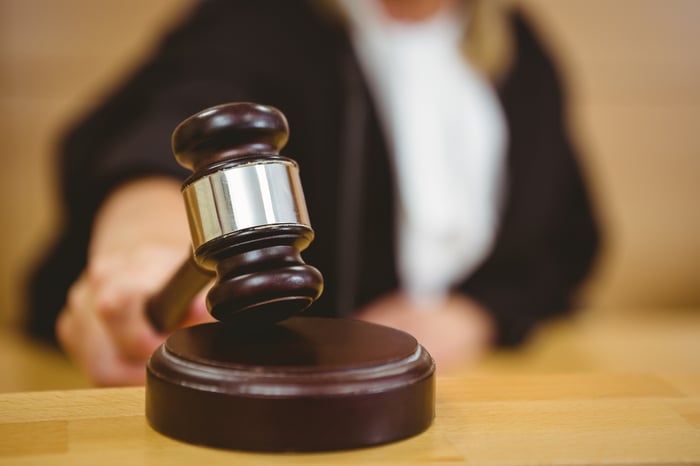 In addition to the $1.9 billion, Cisco will, over the next five years, have to pay a 10% royalty on some of its products. After that, the royalty rate will drop to 5% for the next three years.

While the amounts involved are quite high, as a top networking equipment company, Cisco has more than enough financial resources to pay the penalties. At the end of its most recently reported quarter, it had over $11.8 billion in cash on its books. The company's latest annual revenue figures topped $49 billion, and its net profit exceeded $11 billion.

Reuters reported that Cisco was unhappy with the ruling, "given the substantial evidence of non-infringement, invalidity, and that Cisco's innovations predate the patents by many years." The company intends to appeal.

One of Centripetal's lawyers, Paul Andre, wrote in a statement: "With this judgment, the court rejected the primitive doctrine that might makes right. This is a significant win for all small, innovative companies."

On Monday, Cisco's shares rose by just under 0.8%, lagging behind the rise of the S&P 500 index on the day.