This powerful system is just the start of the company's plans for a healthcare-focused AI hub on the Cambridge campus.

Semiconductor designer NVIDIA (NVDA -0.83%) today announced that it is building the United Kingdom's most powerful supercomputer ever. Dubbed Cambridge-1, the system will give healthcare researchers access to impressive artificial intelligence (AI) tools.

The $52 million Cambridge-1 will be installed at the university it's named after, and is scheduled to come online by the end of 2020. It is designed around NVIDIA's DGX SuperPOD platform, which in turn employs NVIDIA's Tensor Core processors. The modular nature of the DGX SuperPOD platform allows NVIDIA to install and power up the new system in a matter of weeks, where traditional supercomputers often are years in the making.

The Tensor Core chips are specifically designed to accelerate AI computing. As a result, Cambridge-1 will deliver a general LINPACK performance score of 8 petaflops (quadrillions of floating-point operations per second) but as much as 400 petaflops in AI-specific workloads.

8 petaflops are nothing to sneeze at, making Cambridge-1 the 29th most powerful general computing system on the TOP 500 list of ultra-powerful supercomputers. NVIDIA chips can be found in 15 of the 28 supercomputers ranked higher than Cambridge-1. 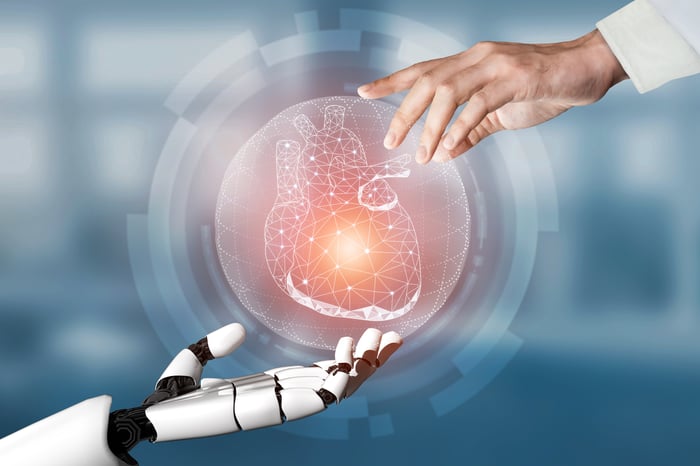 This installation is the start of NVIDIA's intention to build an AI center of excellence on the Cambridge campus, providing a pan-European hub for AI-based research and collaboration among healthcare scientists and start-ups in the region.

Early users of the Cambridge-1 system will include pharmaceutical giants AstraZeneca (AZN -0.17%) and GlaxoSmithKline (GSK 1.48%). The companies hope to find solutions to difficult medical challenges with the help of powerful AI algorithms.

"Accelerating drug discovery has never been so important, and it is investments like this that can make a real difference in our fight against countless diseases," said Matt Hancock, the U.K. secretary of state for health and social care.