Snowflake (NYSE:SNOW) has generated plenty of buzz since coming public on Sept. 16. The market currently values the company at around $63 billion, a lofty market cap for a newly public and unprofitable company. Yet many of the greatest companies and stocks of our time were once called "overvalued." Let's look at the pros and cons of Snowflake's current valuation, starting with a primer on what exactly Snowflake does. 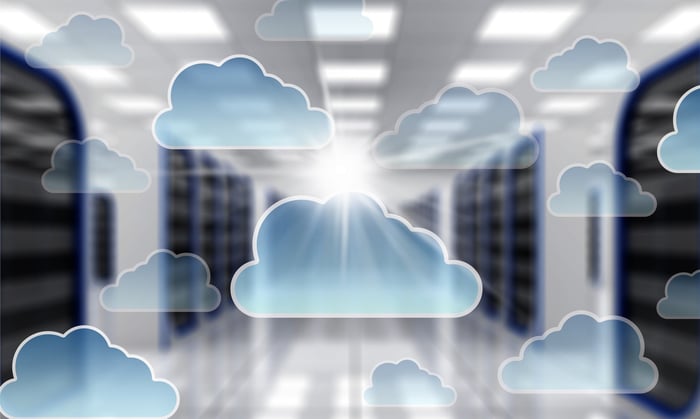 A cloud for the clouds

Snowflake calls itself the only data warehouse built for the cloud. Snowflake's competitive advantage is that it helps solve many problems of current cloud data storage. For starters, its architecture sits on top of the three main cloud providers (Alphabet, Amazon, and Microsoft). This helps its customers access and analyze all their data in Snowflake, rather than trying to piece it together from multiple clouds.

In another innovation, the Snowflake platform offers "discrete data warehouses." Snowflake can duplicate data sets and store them in many points of access for separate computation and easier sharing.

Here's a way of thinking about the problem: Have you ever been to the gym only to find all the treadmills occupied? That's what can happen in some data clouds. Bill from marketing needs to run a report on last month's sales trends, but Kate is also sorting through the same sales data to inform the supply chain. They're asking the same program locked away in a data center to multitask, and that slows things down.

As one of the company's customers put it, Snowflake keeps his team members from "tripping over each other." Cloud computing emancipated the PC and on-premise servers from doing all the storage and all the computing. Snowflake offers the ability to free enterprises from the friction of the cloud, by connecting different clouds and creating millions of mini clouds that allow customers to engage with data without waiting in line for their turn. That's a great value proposition, and Snowflake's numbers and valuation reflect that potential. 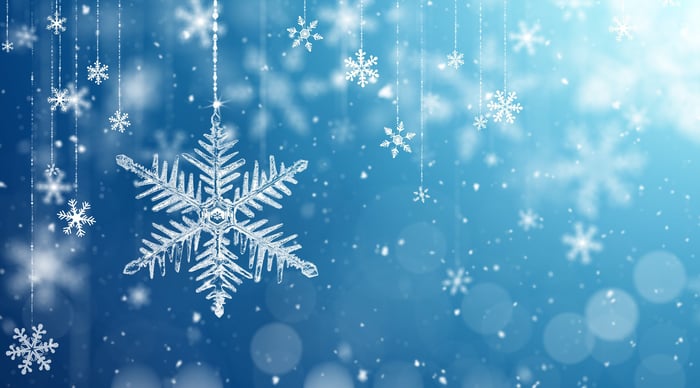 The headline numbers from the company's filing with the Securities and Exchange Commission are eye-popping. Snowflake saw 133% year-over-year revenue growth in the six months of its fiscal 2020, ended July 31. For the same period, its net retention rate of 158% shows that existing customers are spending more each year. With a compelling business and such big growth numbers, investors can expect to pay a premium for the stock, but is it too lofty?

Forget a price-to-earnings ratio: Snowflake's losses are increasing in dollar terms as it invests to grow the business. But those investments seem to be paying off quickly. As a proportion of Snowflake's revenue, net losses are shrinking.

Still, compared to established companies, Snowflake's valuation can seem ridiculous. Take IBM, (NYSE:IBM) which clears about $2 billion in profit per quarter with a market cap of $108 billion, not too far ahead of Snowflake's.

What about the price-to-sales multiple? Well, if Snowflake magically turned profitable right now with 100% profit margin, and returned all profits to shareholders, it would take about 133 years for investors to earn back the current share price. That's assuming, of course, that neither its sales nor its bottom line grow from here. Clearly, investors are expecting record growth for years to come.

The downside of buying an "overvalued" stock is the same downside of buying any stock: It often goes down. Sky-high expectations do mean a smaller margin of safety. If Snowflake's growth slows at all, or it encounters operational troubles, it could get walloped. If Snowflake modestly meets expectations, the stock price might not move much, since investors have already "priced in" so much of the company's future earnings. Investors must ask: Could Snowflake's current risk be worth any future reward?

Overvalued has its benefits

High demand for a company's stock gives it financial flexibility. If Snowflake needs more capital to fuel growth, it could issue a secondary offering of shares, rather than take on debt. Owners don't like being diluted, but if you think like a long-term owner, an appropriate amount of dilution can work out better than taking on debt. It means more of the company's free cash can go toward strengthening the business, rather than paying off creditors. Additionally, if Snowflake wanted to acquire another company, it could use its own stock, rather than cash.

Perhaps the greatest benefit to the perception of being overvalued is that it keeps many investors at bay for now. It may take years, but if Snowflake maintains growth, adds customers, and steps toward profitability, new buyers will come. "Overvaluation" simply tends to pressurize a stock. Failure means a bigger downside, but success means a bigger upside. Snowflake's upside potential is incalculable. We are in the early stages of a global data avalanche. This year, the average human on the planet will generate 1.7 megabytes of information per second. According to Cisco, less than 1% of that data is ever used or analyzed, in part because so much of it is "unstructured," the data equivalent of the lint in your pocket.

Nonetheless, stats like that suggest that the cloud data industry could expand faster than its current expected annual growth of 17.5% through 2025. Snowflake's "discrete warehouses" mean nobody has to wait for a turn on the treadmill, making cloud data even more accessible. That fosters a virtuous cycle spawning more demand for storage and computing power.

Some commentators have criticized Snowflake's unique business model -- charging by usage -- as lumpy for both customers and Snowflake. On the plus side, this allows customers to try to test Snowflake's full suite of capabilities with minimal commitment. For now, the model seems to be working for customers and Snowflake, as seen in its almost-unheard-of 158% net retention rate. That's a lot of happy customers. For comparison, super-successful cloud document company DocuSign (NASDAQ:DOCU), with a COVID-19 tailwind, recently reported a net retention rate of 120%.

In short, Snowflake appears to be expanding the possibilities of cloud data, and thus growing too fast for traditional metrics. Investors with long time horizons and a stomach for risk should keep this stock near the top of their watch list.