The chipmaker could deliver handsome returns to investors.

So says BMO Capital analyst Ambrish Srivastava. On Tuesday, he lifted his price forecast on the tech titan's stock from $565 to $650. His new target represents potential gains to shareholders of 16% from NVIDIA's current share price near $560.

Srivastava says NVIDIA's stock remains a buy as its pace of innovation goes into "overdrive." He posits that the chipmaker's new product launches will help to significantly expand its long-term market opportunity. 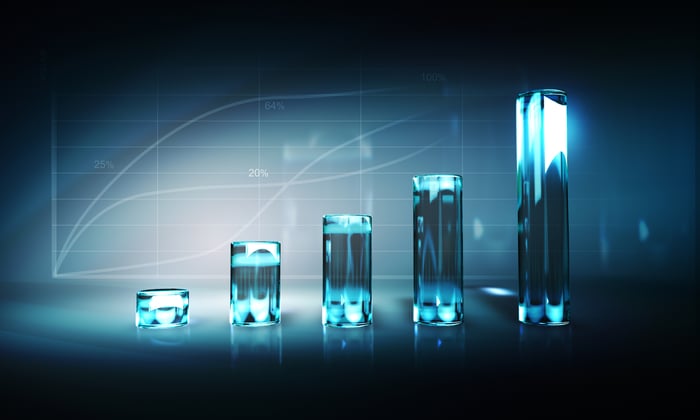 NVIDIA, for its part, pegs its total addressable market at more than $100 billion. With large and growing opportunities in areas such as gaming, healthcare, and edge-computing platforms, the semiconductor leader has tremendous room for expansion still ahead.

Wall Street expects NVIDIA to grow its earnings per share by more than 17% annually over the next five years. At Srivastava's $650 target price, NVIDIA's shares would trade for roughly 59 times its projected earnings in fiscal 2022. That's a bit rich but certainly not unachievable, particularly in the current low-interest rate environment that's driving many investors to seek out higher returns in high-growth stocks.