Please ensure Javascript is enabled for purposes of website accessibility
Log In Help Join The Motley Fool
Free Article Join Over 1 Million Premium Members And Get More In-Depth Stock Guidance and Research
By Jeremy Bowman – Oct 7, 2020 at 8:36AM

A second stimulus package seems dead after the president's tweet. Here are some stocks that can deliver growth with or without federal relief.

Hopes for a second stimulus package had driven stocks higher over the past two weeks. Democrats and Republicans seemed to be getting closer to a deal after Treasury Secretary Steven Mnuchin said last week the two sides had agreed to include $1,200 direct payments to Americans.

Now, those hopes seem all but dashed. President Donald Trump tweeted on Tuesday afternoon that he was telling his representatives to cut off negotiations until after the election.

...request, and looking to the future of our Country. I have instructed my representatives to stop negotiating until after the election when, immediately after I win, we will pass a major Stimulus Bill that focuses on hardworking Americans and Small Business. I have asked...

Unsurprisingly, stocks cratered, with the S&P 500 giving up 2% in just a matter of minutes and finishing the session down 1.4%. If Trump's proclamation holds up, it could weigh on stocks for the coming weeks, since there are a number of signs, including slowing job growth in September and elevated unemployment claims, that the recovery is faltering, especially as thousands of businesses and major industries, including restaurants, entertainment, and travel, are still ailing.

Though Federal Reserve Chairman Jerome Powell said earlier this morning that more fiscal stimulus was crucial for the recovery, there are still at least three stocks that can keep climbing without another multitrillion-dollar relief package. Keep reading to see why Brookfield Renewable Partners (BEP -1.71%), JD.com (JD 6.69%), and AutoZone (AZO 0.40%) all fit the bill. 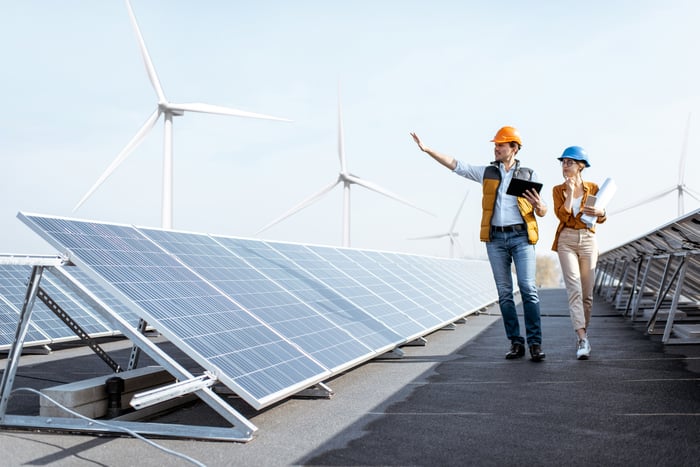 While the lack of another stimulus package is likely to roil the consumer-facing sector and other parts of the economy that are connected to the recovery, one segment that seems safe is green energy. The transition to renewable fuels will continue with or without another economic jolt. Brookfield Renewable Partners remains poised as a big winner here. The company operates one of the world's biggest publicly traded renewable energy platforms, with more than 5,000 power-generating facilities around the world. It's delivered solid growth both through acquisitions, such as its recent deal with TerraForm Power, and organically, and it has ample room for growth in front of it.

As a real estate investment trust, the company delivers steady profits and a solid dividend yield of 3.1%. The company is targeting 12%-15% long-term annual returns to shareholders, which doesn't include dividends, and with accelerating tailwinds in renewable energy, it continues to look like a smart long-term bet, especially since it's safe from any noise regarding future stimulus. 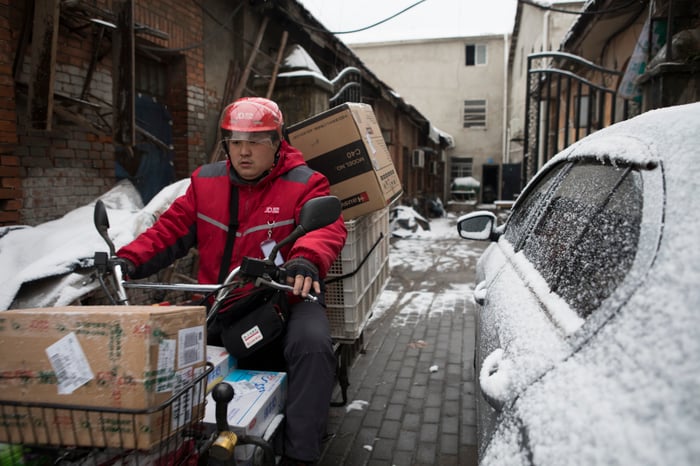 One surefire way to avoid any headwinds around the U.S. economic recovery is to look abroad, and Chinese e-commerce operator JD.com offers one appealing option for investors looking to diversify internationally. The company is the biggest direct online seller in China, the world's No. 2 economy, and often draws comparisons to Amazon.com for its prowess in logistics and experiments in areas such as healthcare and supermarkets.

Like Amazon, JD is layering a group of higher-margin services business on top of its direct-selling platform, which both strengthens its core business and expands its profit margins. As an e-commerce company, JD is experiencing some COVID-related tailwinds, having posted 34% revenue growth to $28.5 billion, while adjusted earnings per share jumped 52%. The company has also captured market share in key areas such as online grocery and online pharmacy during the pandemic, and it has even rolled out a telehealth platform.

In addition, the Chinese economy is recovering from the pandemic much faster than the U.S., which favors JD over American companies as well. The stock has more than doubled this year, but it still looks reasonably priced at a P/E of 35 based on 2021's expected EPS. 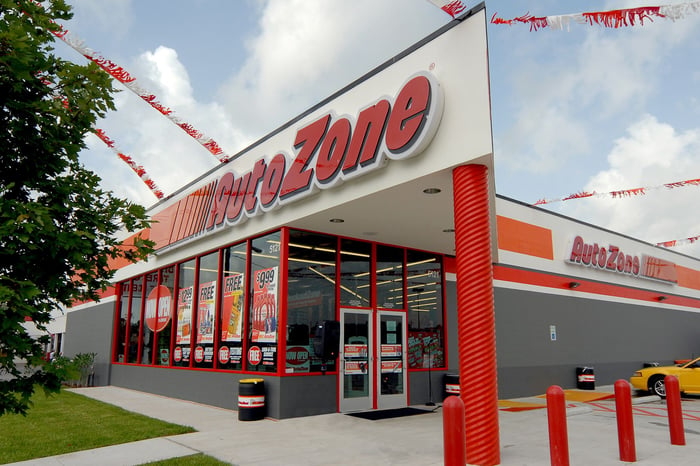 An auto parts retailer may be an odd choice, but automotive aftermarket retailers tend to be recession-proof businesses, since most Americans rely on personal vehicles to get to work and handle their daily business. It's a need, not a want, and when car trouble hits, they can either buy a new car, which is expensive, or purchase new parts to fix it from a chain like AutoZone.

The seeming failure of a second stimulus package makes it more likely that the U.S. will experience a conventional recession, as the economic recovery and job growth appears to be fading after the first round of $600-per-week federal unemployment benefits expired at the end of July. This time around, having access to a vehicle is especially valuable because Americans are looking to avoid public transit and ridesharing vehicles so they don't contract the virus, and there's a shortage of used cars for sale, showing that Americans are placing additional value on their own set of wheels -- but that has raised prices for used cars. All of those factors favor AutoZone. CEO William Rhodes noted on the most recent earnings call, "Over the last three decades, the best periods of performance for us have all been coming out of recessionary environments."

In the financial crisis, Auto Zone saw comparable sales accelerate during the depths of the recession, and in its most recent quarter, the company posted blowout year-over-year comparable sales growth of 21.8% and a 37% jump in earnings per share. With the economy struggling to bounce back and cars especially vital right now, that trend seems likely to continue.

2 Cheap Stocks That Could Help You Retire Early