Please ensure Javascript is enabled for purposes of website accessibility
Log In Help Join The Motley Fool
Free Article Join Over 1 Million Premium Members And Get More In-Depth Stock Guidance and Research
By Demitri Kalogeropoulos – Oct 7, 2020 at 10:14AM

Investors were spooked by weak operating results from a rival.

Canopy Growth (CGC 4.57%) shareholders trailed a declining market in September as the stock dipped 13% compared to the S&P 500's 3.9% drop, according to data provided by S&P Global Market Intelligence.

That slump added to broader declines for the stock, with shares down nearly 30% so far in 2020. 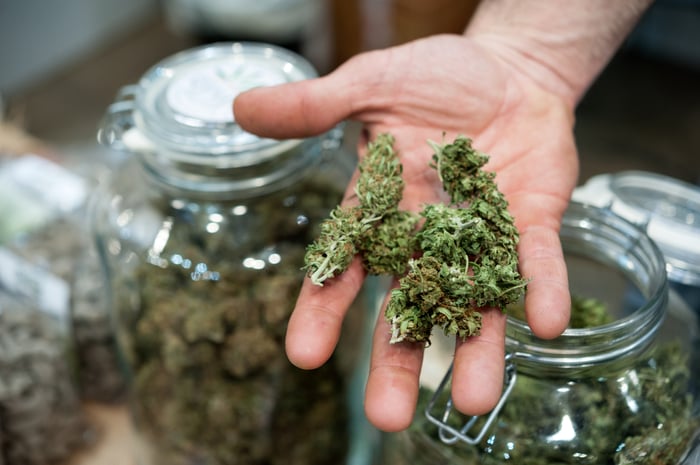 Yet the stock was caught up in market declines that struck the wider market and the marijuana niche. That weak sentiment was amplified by poor sales results out of rival Aurora Cannabis in late September.

Canopy Growth has a chance to set its own growth narrative when fiscal second-quarter results are released on Nov. 9. In that report, Wall Street is looking for continued progress in management's goal of boosting margins and achieving positive cash flow. But those targets may have been complicated by sluggish demand for recreational marijuana products in the selling months of July, August, and September.