Shares of online education company K12 (LRN 0.54%) slumped 29.2% in September, according to data from S&P Global Market Intelligence. The slide followed an 18.7% decline for the company's share price in August, but the stock is still up roughly 43% year to date. 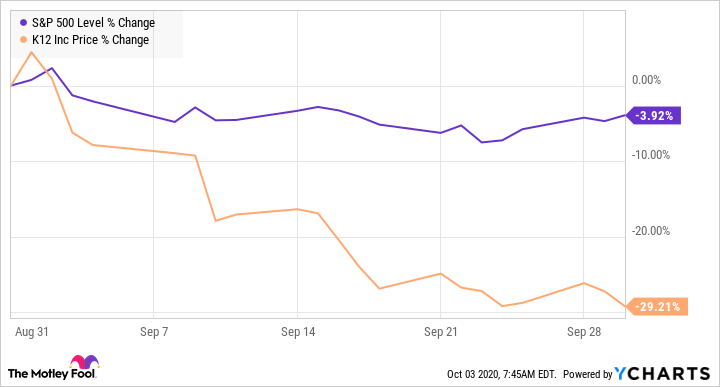 K12 stock has posted big gains in 2020's trading as the coronavirus pandemic has boosted demand and improved the outlook for digital education services, but the company's valuation slid last month after a large school district opted to stop using the company's platform. Florida's Miami-Dade school board voted unanimously on Sept. 10 to stop using K12's services, and the announcement resulted in substantial sell-off for the company's stock. 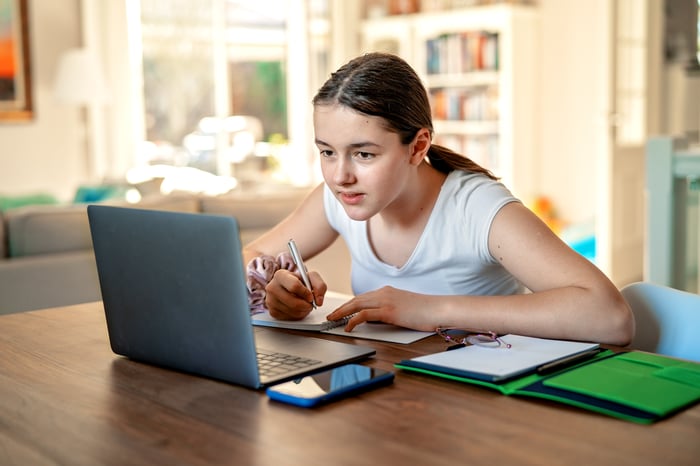 The Miami-Dade school board's decision to stop using K12's services followed a disorganized start to the school year in the district and complaints about the platform from teachers and parents. K12 president Shaun McAlmont gave an interview with CNBC following the announcement and confirmed that the company had not succeeded in developing the solution that the Miami-Dade school board had been seeking.

However, McAlmont also said that the loss of the Miami-Dade would not have a significant impact on the company's financial performance and noted that the total number of students using the company's services had increased roughly 40% year over year, reaching 170,000.

K12 stock has seen positive momentum early in October's trading. The company's share price is up roughly 10% in the month so far. 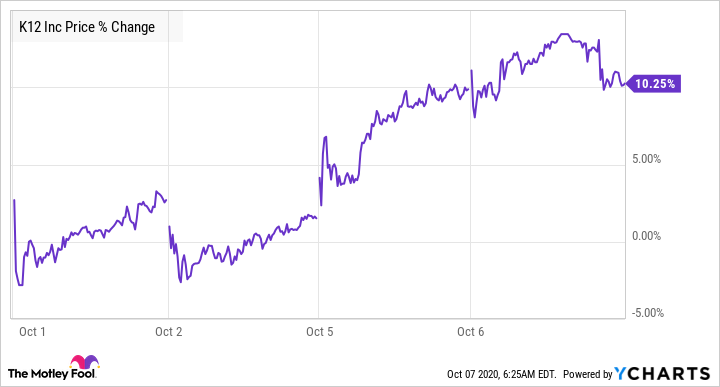 K12 has a market capitalization of roughly $1.2 billion. The company is valued at roughly 21 times this year's expected earnings and 0.8 times expected sales. The online-education industry has huge room for growth, but it remains to be seen whether K12 will be able to maintain momentum and solidify itself as a long-term player in the space.