Please ensure Javascript is enabled for purposes of website accessibility
Log In Help Join The Motley Fool
Free Article Join Nearly 1 Million Premium Members And Get More In-Depth Stock Guidance and Research
By Will Healy – Oct 8, 2020 at 7:00AM

The sum of the parts could become worth more than the whole.

Antitrust actions among corporations, particularly those in the tech industry, have received increased attention recently. Many politicians are explicitly calling for the breakup of some of the biggest tech companies out there.

Alphabet (GOOGL -2.44%) (GOOG -2.74%) is one of many firms targeted by government officials for antitrust scrutiny, even under the administration of supposedly business-friendly President Donald Trump. It is believed that the Justice Department will soon file an antitrust suit against Alphabet related to its dominance in internet search.

Democratic presidential nominee Joe Biden has stopped short of saying he would break up any company over alleged antitrust actions. Nonetheless, Biden has called for more stringent antitrust scrutiny. The possibility of such actions fuels speculation over expanded antitrust investigations.

Despite this news, the impact on some of these companies from an investor standpoint remains unclear. History suggests that tech stock investors should look at potential breakups as an opportunity to unlock value in a company. Let's take a closer look at how this would affect Alphabet and see if history has anything to say about its situation. 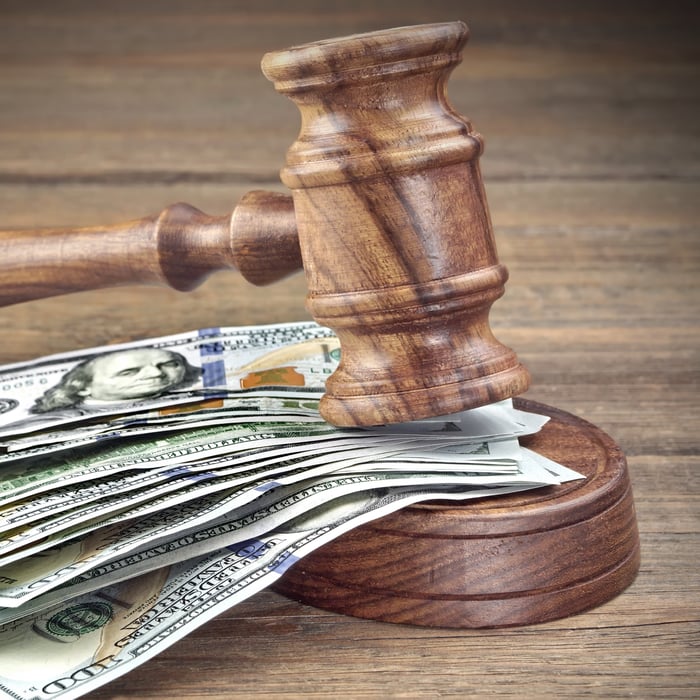 Although an antitrust lawsuit may pressure the stock for a time, antitrust actions are not necessarily negative for investors. The dirty secret about breakups is they have a history of creating new companies that lead to more investor gains.

This is exactly what happened when the government tore Standard Oil apart, the one-time parent of Exxon, Chevron, Marathon Oil, BP, and others, in 1911. The breakup of the old AT&T in 1982 confirmed that tendency. The current AT&T (which was previously SBC Communications), Verizon, and Lumen (formerly CenturyLink) came about due to that partition. In both cases, the total size of the new companies grew larger than their original parent companies.

Such a process could repeat in an Alphabet breakup. The company has either bought or created numerous businesses in-house. Alphabet knows that someday the growth in its ad business will slow, and it will need other businesses to maintain profit growth. This bolsters the long-term case for Alphabet investors.

However, the numerous subsidiaries may have also led to billions in unlocked value. That possibility could make the shareholders an unexpected ally in a quest to break up the company.

For now, more than 99% of company revenue still comes from Google. Of that, two-thirds consists of Google Search and YouTube ads. A breakup would more than likely separate YouTube from the search engine.

Indeed, YouTube benefits from having Google's search engine capabilities embedded in its platform. However, this has arguably made YouTube a search engine entity in itself. YouTube might better capitalize on this influence if it were independent.

Moreover, despite YouTube's potential, much of the real value of a breakup probably lies in what Alphabet classifies as "Google Other" in the revenue statement. Last quarter, this was just over $5.1 billion, or about 13.3% of the company's overall revenue.

Some of this probably includes apps that might struggle if not for their ties to Google's ecosystem. Nonetheless, many other Alphabet-owned businesses could potentially stand on their own. Many were independent companies Alphabet bought, and their websites seem to downplay ties to the parent company. DeepMind, Waymo, and Verily are examples of subsidiaries of Alphabet not using the Google name.

The valuation of Waymo, the self-driving car unit, has drawn particular scrutiny over the years. Recently, Morgan Stanley valued Waymo at $30 billion. This is notable as Alphabet overall has just now reached a market cap of around $1 trillion. Using this metric, Waymo is worth 3% of the company's value.

Still, these valuations can fluctuate. Just two years ago, Morgan Stanley valued Waymo at $175 billion. Such changes can leave investors wondering how much value Waymo and other subsidiaries actually hold.

Should the government break up Alphabet?

The question of a breakup may hinge on politics. For now, Joe Biden leads in the polls. If Biden wins the presidential election, the Justice Department could expand the scope of antitrust actions beyond just search. But even if voters reelect Trump, Alphabet's antitrust issues will not disappear.

However, antitrust cases can take years to go through the courts. Moreover, since history has shown that the sum of the parts tends to become larger than the whole, it is hard to make a case for a forced breakup becoming a "punishment."

Furthermore, investors should remember that Alphabet as it exists now spawned the innovation in the first place. The number of creations coming from this company is an argument in itself for keeping Alphabet together.

Nonetheless, the locked-up (and hidden) value within Alphabet should concern investors, particularly since the company has offered little visibility regarding its subsidiaries. This may serve as an incentive for investors to call for greater transparency or even a "voluntary breakup" through spinoffs. Either way, whether it breaks apart or remains together, this innovation makes it likely Alphabet investors will benefit either way.