The company delivered preliminary third-quarter numbers, and investors liked what they heard.

Shares of Bausch Health Companies (BHC -2.51%) were up by 12.6% as of 1 p.m. EDT Thursday after the company released preliminary results for the third quarter. The full report is scheduled to be released on Nov. 3.

The healthcare products and pharmaceutical company said it expects to report third-quarter revenue of at least $2.1 billion. This would amount to a 28% increase over second-quarter sales, though a 3% decline compared to Q3 2019. The midpoint of analysts' expectations for the just-completed period is just $1.98 billion. 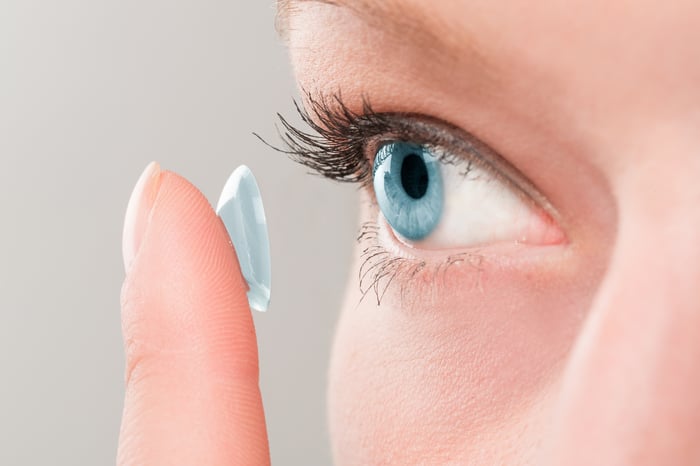 Bausch Health is basing its estimates on a continuation of the rate of recovery from impacts of the COVID-19 pandemic. Even after Thursday's jump, shares are down by about 40% year to date.

The company said in August that it plans to spin off its Bausch + Lomb eye care business as a separate company. The eye health portion of the business represented slightly more than 40% of revenue in 2019. The company's other business units focus mainly on treatments for gastrointestinal diseases (Salix Pharmaceuticals) and dermatology medicines (Ortho Dermatologics).

The company plans for the spinoff to occur in 2021 after certain conditions, approvals, and reporting reorganizations are complete. The state of the international recovery from the pandemic will be key to the company's performance, as more than half of Bausch + Lomb's sales are outside the United States.