After the Commerce Department determined aluminum sheet products were being dumped in the U.S., tariffs are being applied against 18 countries.

U.S. Commerce Secretary Wilbur Ross announced today that new tariffs will be applied to $1.96 billion worth of aluminum sheet products being imported into the country. Ross cited preliminary findings from the Commerce Department determining that 18 countries are dumping the goods into the U.S. market.

Dumping refers to the practice of exporting goods that are then sold at a price below what they would sell for in the manufacturer's home market, and often lower than the cost of manufacturing the product. 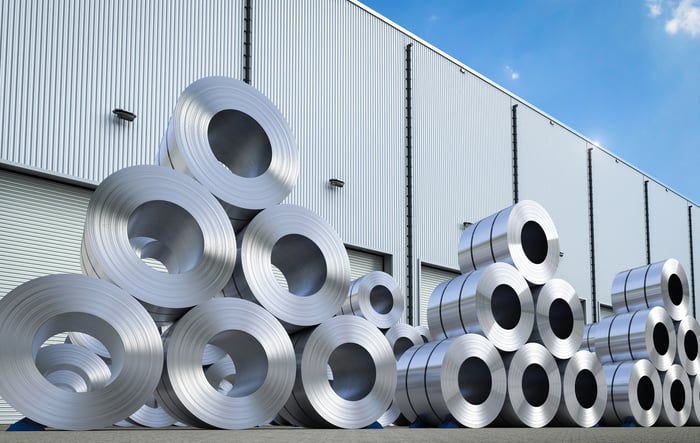 Companies and countries often dump goods illegally to gain a foothold in the importer's market or as a way of keeping the domestic industry operating, sometimes with the help of government subsidies.

Secretary Ross said that, though the findings are preliminary, tariffs of up to 132% in the case of German-made products would be applied immediately. He added that the final determination on the products would be made by the U.S. International Trade Commission in February 2021.

In addition to Germany, other countries with tariffs being applied include Brazil, Egypt, India, Greece, South Korea, Spain, Taiwan, and Turkey, among others. Tariff rates are mostly in the single digits, Ross said in the announcement, according to Reuters.

Ross also said that the use of aluminum sheet has increased during the COVID-19 pandemic with the growing popularity in items such as recreational vehicles and boats.

Last month, the U.S. dropped plans for imposing a 10% tariff on Canadian aluminum products after determining that imports were likely to decline and that Canada was expected to impose a retaliatory response.