At least someone out there is still practicing value investing.

Looks as if one of Warren Buffett's two younger lieutenants at Berkshire Hathaway (BRK.A 0.35%) (BRK.B 0.40%) just made a la.rge deep-value investment. Ted Wechsler, who joined Berkshire in 2011, recently disclosed that he had personally bought 1.08 million shares of Dillard's (DDS 0.63%), the beleaguered department store, good for 5.89% of its outstanding shares. We don't know exactly when Wechsler had been buying, though we do know that he crossed the 5% mark on Sept 29, necessitating a filing. Of note, Wechsler made this purchase personally, and not as part of Berkshire's equity portfolio.

Dillard's had seen relatively lackluster business even before COVID-19 hit, which caused an even bigger drop in sales. Moreover, the company was removed from the S&P MidCap 400 Index in June, as its market cap plunged below $1 billion after the stock has fallen a whopping 43% this year.

So what has Wechsler believing Dillard's is a real value, and not the next J.C. Penney-type bankruptcy? Here are three reasons to believe in Dillard's as a deep value pick. 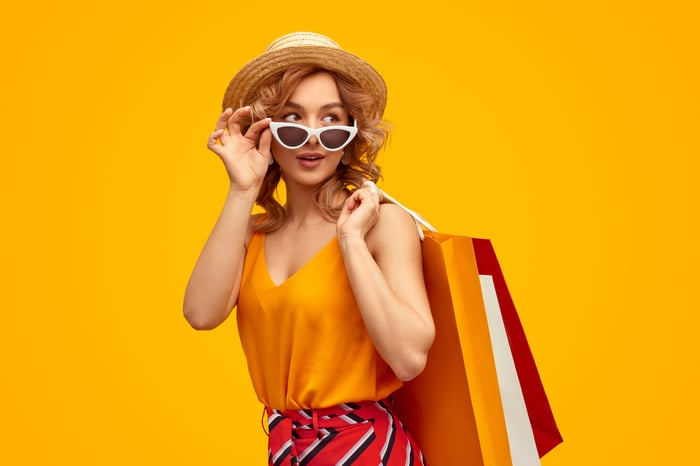 Owning its own real estate

Unlike just about every other major retailer out there, Dillard's has chosen the route of owning its own real estate at most of its locations, rather than leasing. Dillard's has its own in-house general contractor that it pays for construction, which further saves on costs. That strategy is more capital-expensive and may slow down the rollout of new stores, but it also allows a company to save on rent expenses over time. Perhaps most importantly, real estate value tends to appreciate over time, giving the company assets it can sell when times get tough.

That's just what Dillard's is doing. At the end of fiscal 2019, Dillard's owned 244 out of its 285 locations outright, owned the building on leased land at 10 other locations, and partially owned and partially leased six others, leaving just 25 locations where it leases its stores. The company also owns all of its distribution centers as well as its corporate headquarters.

On the company's balance sheet, it counts nearly $1.39 billion in property and equipment, net of depreciation. That property, along with the company's liquid current assets, makes up most of its $1.37 billion in book value, which consists of these liquid assets minus Dillard's current liabilities and very manageable $365.8 million in debt, most of which matures five years or longer from now.

Wechsler might be seeing the company's real estate as hidden value for the stock, which currently has a market cap of only $940 million. And Dillard's has already doubled over its 52-week lows set back in July, when it's possible Wechsler began taking a position.

And the real estate story only gets better

But the real estate story gets even better when one considers the value of Dillard's real estate is recorded at cost on the balance sheet. Even in these tough times for retail real estate, those assets are likely to be much more valuable than the original cost of building those sites, which go back years or decades.

In 2019, Dillard's sold six of its properties for $30.6 million, good for a gain of $20.3 million over cost. Extrapolating that out to Dillard's owned real estate portfolio, its 244 owned locations would be worth $1.25 billion. Of course, that doesn't count the companies' partially owned properties, distribution centers, or headquarters.

Applying the tripling in property value of these sold properties since construction to overall property and equipment, gains on those properties could increase the value of the company's assets by $2.78 billion in a liquidation scenario, and book value would increase by about $2 billion net of tax. That would theoretically bring the company's "real" book value to just over $3 billion.

Thus, Dillard's could actually be selling for as much as 30% of its liquidation value. That's most likely what Wechsler sees as the big margin of safety.

Of course, even if a company is trading below liquidation value, a company's management can fritter that value away through cash-burning decisions that may attempt to diversify into new businesses or revive hopeless stores. Fortunately, management is pruning underperforming stores and selling off properties in a slow, methodical manner. It has also managed to keep up its free cash flow through expense and inventory control, even as the overall business is showing slight declines.

That could be because the three sons of founder William Dillard -- one of whom is the CEO -- control the company and retain high ownership. The brothers hold a combined 14.9% of "A" shares individually, as well as another 17.2% of the company through "B" shares, which gives them a majority control of Dillard's decision-making.

If that weren't enough, all executive officers and directors own 23.4% of the existing shares, and the company's 401(k) plan for employees, managed through a company called Newport Trust, is a big shareholder as well, actually owning a whopping 37.4% of "A" shares.

A highly invested management and workforce is probably another reason Wechsler has gotten behind Dillard's stock.

Finally, Dillard's performed better than feared even a amid the coronavirus outbreak in the second quarter. Though revenue was down by about a third from the prior year, that was better than expected, coming in a quarter when many of its stores were completely closed for part of the time. In fact, because of impressive cost controls, the company had only an $8.5 million net loss last quarter, which isn't so bad.

The company even continued repurchasing shares during Q2, and Dillard's has continued to pay its $0.15 quarterly dividend, which now yields 1.43%.

Considering the real estate portfolio, better-than-feared results, and highly invested management, it's clear that Dillard's should be on the radar for any deep value investor. While the stock is out of favor now, it's no surprise that Warren Buffett's protege is investing in a bargain-basement-priced stock with a large margin of safety to its real estate portfolio, when everyone else is chasing high-flying technology stocks and IPOs.

Want to Beat Warren Buffett? Look at These 2 Hot Stocks
356%