Survey shows concern over the future of the payroll tax

Just in case it may have somehow slipped your mind amid the barrage of news coverage, ads, and tweets, there's a political election coming up this November. The differences between the candidates have been well documented, but how are those differences perceived by the voting public?

Trump and the payroll tax

The major reason for the perceived lack of confidence in President Trump, according to the survey, seems to be his recent actions and statements related to the payroll tax, which is the primary funding source for Social Security. Trump signed an executive order (EO) in August calling for a four-month deferral of the payroll tax for workers earning less than $4,000 per biweekly pay period. This was done to help people through tough times by giving them a little extra cash in their paychecks. 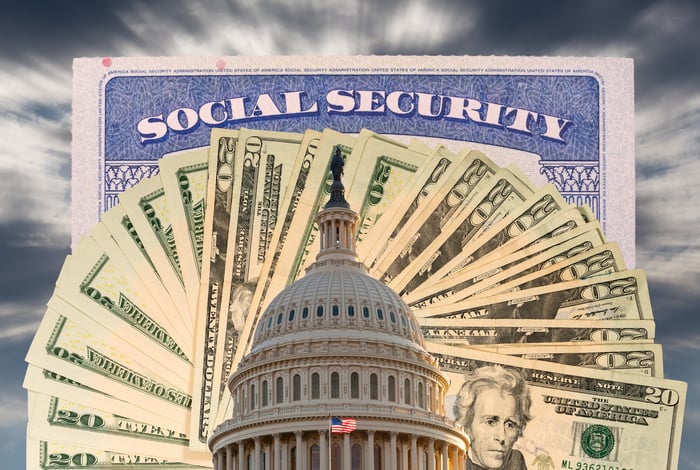 However, the Simplywise survey, a random survey of 1,154 Americans, said that 86% are concerned that the payroll tax deferral will hurt Social Security in the long run. But to be clear, the deferral laid out in the EO would be temporary, as the taxes would be paid back starting in January. But the EO did say that the Treasury Secretary "shall explore avenues, including legislation, to eliminate the obligation to pay the taxes deferred pursuant to the implementation of this memorandum." Also, it should be noted that employers could opt out of this, and many of them have.

But there have been mixed messages from the Trump administration on the future of the payroll tax, which funds about 89% of Social Security. Right after his EO was issued on Aug. 8, Trump said at a press briefing on that same day: "If I'm victorious on November 3rd, I plan to forgive these taxes and make permanent cuts to the payroll tax. So I'm going to make them all permanent."

Then on Aug. 12 at a COVID-19 task force press conference, Trump added, "When I win the election, I'm going to go completely and totally forgive all deferred payroll taxes without in any way, shape or form hurting social security. That money is going to come from the general fund. We're not going to touch Social Security." And in a TV interview on Sept. 12, he reiterated the idea that the money would come from the general fund, buoyed by the "tremendous growth that we're going to experience."

However, there has been no official policy proposal from the Trump Administration on this, and administration spokespeople said Trump meant permanent forgiveness of deferral, not permanent payroll tax elimination. So you can see where the confusion comes from. Also, if there were any proposal to tap the general fund, it would take legislative action, and that would be unlikely to pass, even if proposed.

Biden's plan for the payroll tax

Biden's Social Security plan seeks to improve the solvency of Social Security by increasing the payroll tax on high-wage earners. Currently, the Social Security Trust Fund, which is often referred to as its reserves, will be depleted by 2035. After that, based on the existing payout schedule, Social Security will begin to face a funding shortfall, which would lead to benefit cuts, if the fund isn't bolstered by 2035.

Currently, the payroll tax is 12.4%, with employers and employees each contributing 6.2 percent of wages on up to $137,700 of income. The additional income beyond $137,700 is exempt from the payroll tax. As my colleague Sean Williams points out, that's about $150 billion per year that's not going into Social Security.

Biden's plan would partially correct that by taxing income earned over $400,000 at that 12.4% rate. A doughnut hole exemption would remain between $137,700 and $400,000 in income. The payroll tax increase would generate about $820 billion in revenue over 10 years, according to the Tax Foundation.

Overall, the Simplywise survey found that there's a great deal of concern about Social Security, in general. Specifically, 57% of those not receiving benefits worry about it drying up, while 54% of those receiving it have the same concern. The latter number is up from 29% in July.

It seems pretty clear by these numbers that saving Social Security should be a top priority for whoever wins in November.