Wall Street got off to a mixed start on Tuesday, as investors tried to weigh economic data, political maneuverings, and company fundamentals. The mix of conflicting signals left markets without clear direction to start the day. As of 11 a.m. EDT, the Dow Jones Industrial Average (DJINDICES:^DJI) was down 72 points to 28,754, and the S&P 500 (SNPINDEX:^GSPC) had fallen 11 points to 3,524. However, the Nasdaq Composite (NASDAQINDEX:^IXIC) once again defied the downturn, moving higher by 25 points to 11,901.

Earnings season is here, and it's time for some of the companies that have been promising better things ahead to deliver. For Delta Air Lines (NYSE:DAL), the news wasn't as good as many had hoped to see from the airline giant. Meanwhile, big banking institutions are in the spotlight this week, and with both JPMorgan Chase (NYSE:JPM) and Citigroup (NYSE:C) seeing their shares lose ground Tuesday, it's clear that investors didn't get everything they'd hoped for.

A turbulent $6.9 billion loss for Delta

Shares of Delta Air Lines were down 3% Tuesday morning after the airline reported its third-quarter financial results. A gargantuan $6.9 billion pre-tax loss was the headline number for Delta, and it was hard for most investors to get past that amount of red ink. 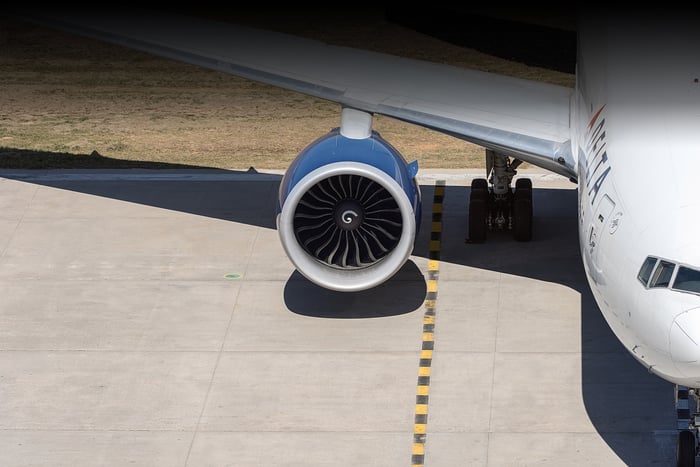 Delta suffered $4 billion in losses directly related to the COVID-19 pandemic, including restructuring charges as well as costs related to voluntary terminations and early retirements among workers. Revenue plunged almost 80% from year-ago levels on a 63% drop in capacity. Although operating expenses declined, they weren't down nearly enough to make up for the sales loss.

Investors are watching Delta closely for signs of financial stress, and so far, the airline isn't in trouble yet. With $21.6 billion in liquidity against a cash burn rate of $18 million per day in September, it appears that Delta could have more than three years to get things turned around in time to avoid a catastrophic problem.

Nevertheless, airline investors are getting impatient with the pace of the turnaround. Perhaps most importantly, with no news from Washington about a potential extension of stimulus support beyond the original Sept. 30 deadline, further cost-cutting could cost a lot of Delta workers their jobs if help doesn't come soon.

The banking sector didn't see much happier news. JPMorgan Chase saw its stock drop more than 1% following its release of third-quarter results, while Citigroup was down more than 3%.

At first glance, the declines didn't seem warranted. JPMorgan reported a 4% rise in net income from year-ago levels, bouncing back convincingly from a terrible performance three months ago. New loan-loss provisions amounted to just over $600 million, far below the $19 billion that the banking giant set aside in the first six months of 2020.

Citigroup didn't fare quite as well, with revenue falling 7% and earnings declining 32% year over year. However, Citi saw its new allowances for bad loans decline sharply from year-earlier levels as well. Third-quarter earnings for Citi were up 145% from their depressed levels in the second quarter of 2020.

The main trouble that bank investors foresee is waning credit performance among customers. Even JPMorgan saw troubled loan levels nearly double from year-ago levels. Non-accrual loans at Citi were up a more modest 40% year over year.

Until investors can tell what's going to happen with the economy, they're likely to remain scared of bank stocks. That could set up a huge value opportunity for courageous shareholders, but it might take a long time for the bull case to play out.