Please ensure Javascript is enabled for purposes of website accessibility
Log In Help Join The Motley Fool
Free Article Join Over 1 Million Premium Members And Get More In-Depth Stock Guidance and Research
By Bram Berkowitz – Updated Oct 13, 2020 at 10:47AM

The bank reported a $9.4 billion profit on total revenue of $29.1 billion, along with a very small quarterly credit provision.

JPMorgan Chase (JPM 1.03%), America's largest bank, blew past analysts' earnings expectations for the third quarter in what is a promising start to bank earnings season.

The bank today reported net income of roughly $9.4 billion, or $2.92 diluted earnings per share, up 4% year over year and doubling second-quarter profits. Although total revenue of $29.1 billion dropped from the second quarter, it also beat expectations and fell just a hair short of total revenue in the year-ago quarter. 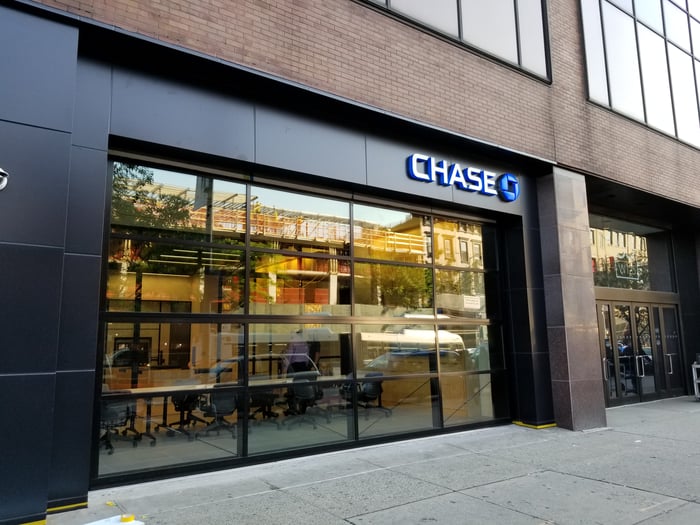 JPMorgan's corporate and investment bank continued to perform well, turning a profit of $4.3 billion on net revenue of $11.5 billion, down from the division's huge second quarter, but still up 52% year over year.

Total deposits came up more than $70 billion in the last three months ending September, and are now up 31% year over year. According to CEO Jamie Dimon, the bank now holds the most U.S. retail deposits for the first time ever.

Total reserves stashed away for future potential losses were $33.6 billion at the end of the third quarter, or roughly 3.26% of the bank's total loan book.

Net charge-offs (debt unlikely to be collected) in the third quarter were down 24% from the linked quarter and 14% year over year.

But total non-accrual loans, those that are likely 90 days past due, reached close to $11 billion, up 18% from the linked quarter and 96% from the third quarter of 2019. This suggests that borrowers are seeing pain from current economic conditions.