If you want the latest iPhone, you'll probably pay more than last year.

You might have to pay $30 more than the advertised price 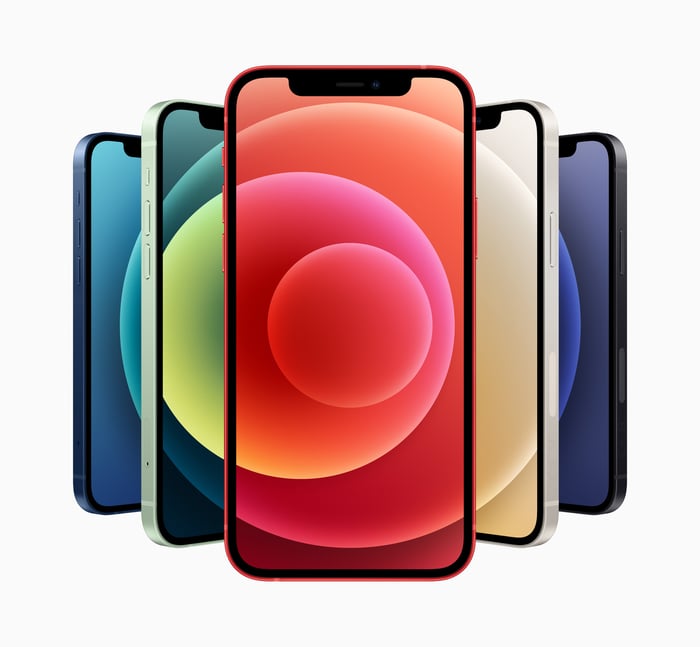 Apple appears to have special price arrangements with AT&T and Verizon, which include heightened trade-in offers for old iPhones and a $30 "instant discount." T-Mobile (TMUS 0.38%) may offer similar discounts through its own retail channels, but it apparently isn't willing to pay up for a partnership with Apple.

It's unclear if Apple has similar partnerships with select carriers in countries outside of the U.S. But the pricing in the U.S. suggests the actual retail price for the iPhone 12 and iPhone 12 Mini starts $30 higher than advertised.

The new flagship model is $100 more than last year

Last year, Apple dropped the price of its flagship iPhone model from $749 to $699. The new iPhones start at $699 this year, but you'll have to settle for the smaller-screen iPhone 12 Mini for that price. The flagship iPhone 12 now starts at $799.

The introduction of the iPhone 12 Mini allows Apple to achieve the benefits of a lower starting price -- greater sales -- but will likely push more consumers to spend more on their iPhone, upgrading to the flagship model.

And with just a $200 price difference between the iPhone 12 and iPhone 12 Pro, it could push more consumers to upgrade all the way to Apple's top-end model. Apple's pricing this year is well designed to maximize its average selling price while still appealing to as broad of a user base as possible.

No headphones, no charger

This year's iPhones will ship without Lightning earbuds or a wall charger in the box. All you'll get is the phone and a USB-C to Lightning cable. It's worth noting previous iPhones used a USB-A wall charger, so unless there's an adapter in the box as well, those upgrading their old iPhones may have to buy a new charger. 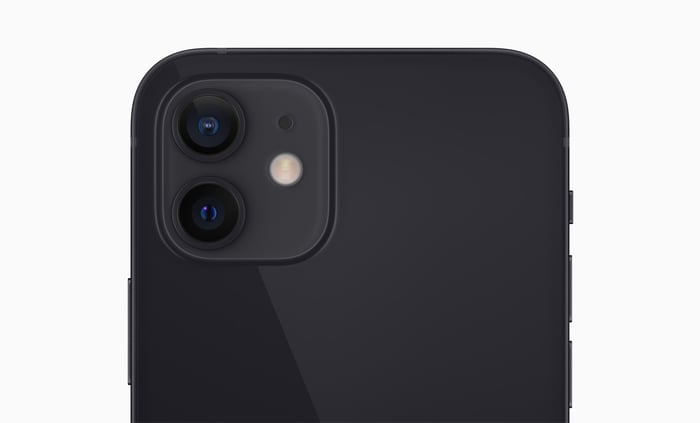 Not only will leaving out those accessories from the box reduce costs for Apple, but it could also be a catalyst for higher-margin accessory sales. Without earbuds in the box, more people may be inclined to buy a pair of Airpods or Beats wireless headphones. Without a wall charger, more might be interested in buying a wireless charging pad. At the very least, it's an opportunity to drive consumers back to the store.

Several moves from Apple make it seem like it's targeting existing iPhone and Apple users more than trying to convince users to switch from other brands this year. The lack of accessories in the box will make it very expensive for someone new to Apple's ecosystem to get started with the iPhone. The preference toward AT&T and Verizon may be tied to the fact that those two carriers received the iPhone well before T-Mobile. The smaller form factor is something Apple's been working on to attract older iPhone owners to upgrade their devices (see iPhone SE).

But old iPhone users represent a significant base for Apple to tap. Many analysts expect the 5G capabilities in the new iPhones to lead to a large number of upgrades.

With the new pricing, Apple should see higher average sales prices, and it could also boost its wearables, home, and accessories segment due to higher sales for headphones and chargers. That could lead to an increase in revenue and gross margin for the FAANG stock if consumers decide to make the upgrade as analysts expect.