The SEC separately hit its parent JBS with a $27 million penalty for bribery.

Wednesday saw Pilgrim's Pride (PPC -0.23%) in the crosshairs of two different government agencies and racking up well over $100 million in penalties in the process. Accused earlier this year of price-fixing in the chicken market, Pilgrim's Pride may have reached a plea deal with the Justice Department, pending approval by a Colorado court, to pay $110.5 million in damages in exchange for immunity from further action on the price-fixing, The Denver Post reported Wednesday. According to the Greeley Tribune, the price-fixing scheme may have stretched back as far as 2008.

An 8-K current report filed with the Securities and Exchange Commission noted the company "expects to record the fine as miscellaneous expense in its financial statements in the third quarter of 2020." It also contains a brief statement from its new CEO, Fabio Sandri, asserting "today's agreement concludes the Antitrust Division's investigation into Pilgrim's, providing certainty regarding this matter to our team members, suppliers, customers and shareholders." 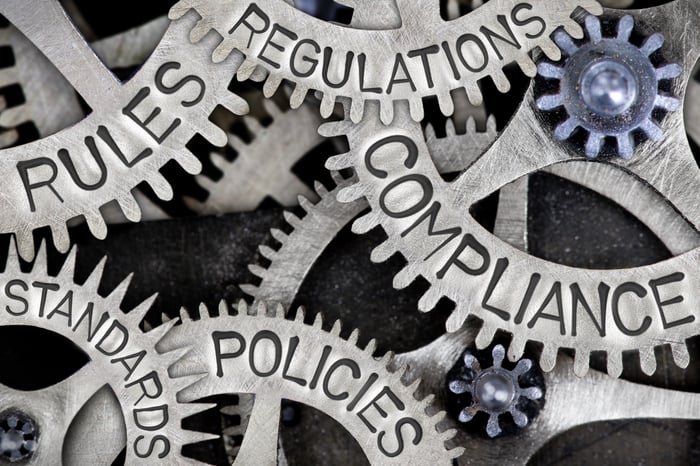 The SEC also published a press release on Wednesday regarding an investigation of JBS (JBSAY -3.73%) -- the majority stakeholder in Pilgrim's Pride -- a related company, and the owners Wesley and Joesley Batista, who are citizens of Brazil. The SEC says its investigation revealed JBS and the Batistas paid $150 million in bribes to smooth their acquisition of Pilgrim's Pride 11 years ago.

Charles Cain of the SEC stated "bribery to finance their expansion into the U.S. markets and then continuing to engage in bribery while occupying senior board positions at Pilgrim's reflects a profound failure to exercise good corporate governance." JBS has agreed to pay a $27 million fine to settle the matter.